Indian opener Rohit Sharma who completed his fifth century in the ICC Cricket World Cup 2019 on Saturday against Sri Lanka, is placed on top of the table with 647 runs. 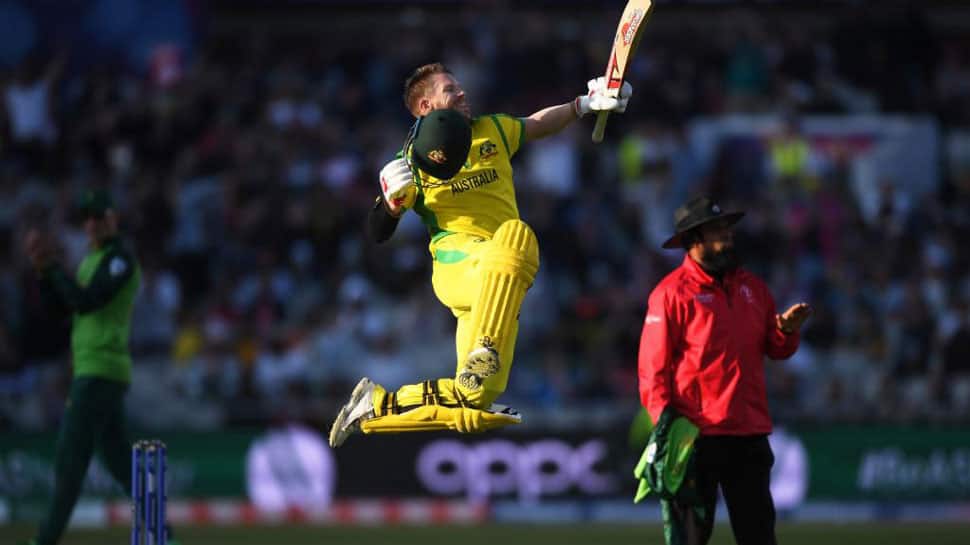 Proteas skipper Faf du Plessis won the toss and opted to bat. South Africa posted a total of 325 runs for the loss of six wickets in 50 overs on the back of quality performances by Du Plessis (100) and Rassie van der Dussen (95).

Wicket-keeper batsman Quinton de Kock also made his presence felt with a knock of 52 runs off 51 deliveries in an innings comprising of seven boundaries.

The Aussies were, in turn, bowled out for 315 runs in 49.5 overs with excellent performances from David Warner (122) and Alex Carey (85) bringing them exceedingly close to victory. However, pacer Kagiso Rabada made his presence felt with a three-wicket haul, to help the Proteas emerge victorious under pressure.

Let us take a look at the highest run-scorers and wicket-takers after Australia vs South Africa match:

Indian opener Rohit Sharma who completed his fifth century in the ICC Cricket World Cup 2019 on Saturday against Sri Lanka, is placed on top of the table with 647 runs. Australian opener David Warner who scored 122 against South Africa finds himself on the second spot with 638 runs.

Bangladesh all-rounder Shakib Al Hasan is placed on the third position with 606 runs. Australian skipper Aaron Finch who scored 3 against South Africa on Saturday finds himself on the fourth spot with 507 runs. English batsman Joe Root is the fifth name on the list with 500 runs.

Australian pacer Mitchell Starc leads the charts following his two-wicket haul against South Africa on Saturday. Starc accounted for the dismissals of JP Duminy and Dwaine Pretorius to help restrict South Africa to 325 runs for the loss of six wickets in 50 overs.

Bangladesh fast bowler Mustafizur Rahman who registered five-wicket hauls against India and Pakistan during the course of the tournament is placed on the second spot with 20 wickets.

Indian fast bowler Jasprit Bumrah who accounted for three wickets against Sri Lanka on Saturday finds himself on the third spot. Pacers Jofra Archer and Mohammad Amir further round off the top-five list with 17 wickets apiece.