Let us take a look at the highest run-scorers and wicket-takers after Sri Lanka vs West Indies match. 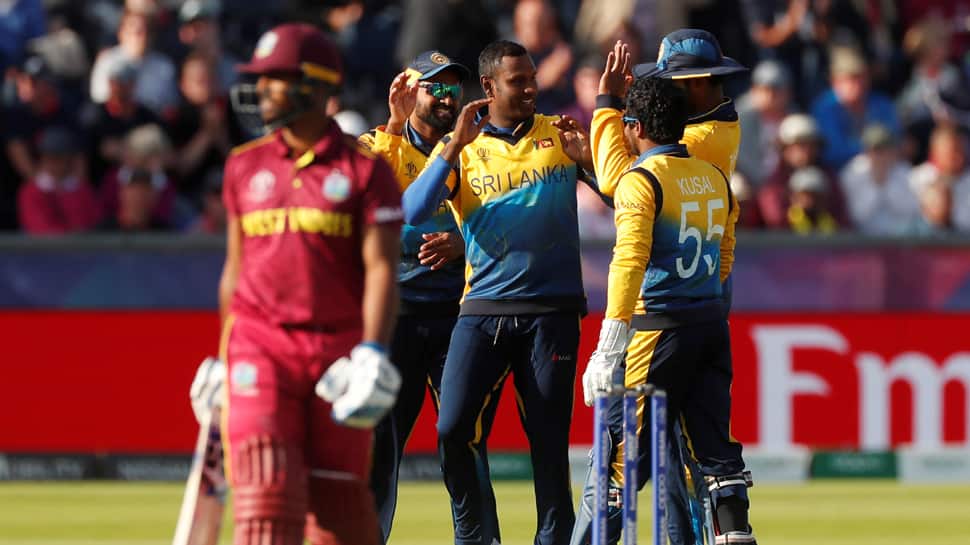 Nicholas Pooran’s knock of 118 went in vain as Sri Lanka beat West Indies by 23 runs in ICC World Cup 2019 on Monday. Sri Lanka set a mammoth target of 339 runs for the Caribbean team and the bowling attack led by Lasith Malinga made it tough for the West Indies to reach close to it.

The only face savers for West Indies were Nicholas Pooran, who scored 118 runs off 103 balls, and Fabian Allen, who hit a half century on 32 balls.

Though West Indies managed to bat for all 50 overs, it could score just 315 runs, losing to Sri Lanka by 23 runs.

Let us take a look at the highest run-scorers and wicket-takers after Sri Lanka vs West Indies match:

The third highest run getter in ICC World Cup 2019 is Shakib Al Hasan of Bangladesh. Thanks to his unbeaten knock of 124, his batting average stands at 95.20 and he has scored 476 runs in six innings.

The highest wicket taker in ICC World Cup 2019 so far is Mitchel Stark of Australia, who has claimed 24 wickets in eight matches. He is followed in the list by New Zealand’s Lockie Ferguson, who has taken 17 wickets in seven matches.

Mohammad Amir of Pakistan and Jofra Archer of England are on the third and the fourth slot with 16 wickets each.