Australian opener David Warner is on top of the run-scoring charts with 500 runs in seven matches of the ICC Cricket World Cup 2019. 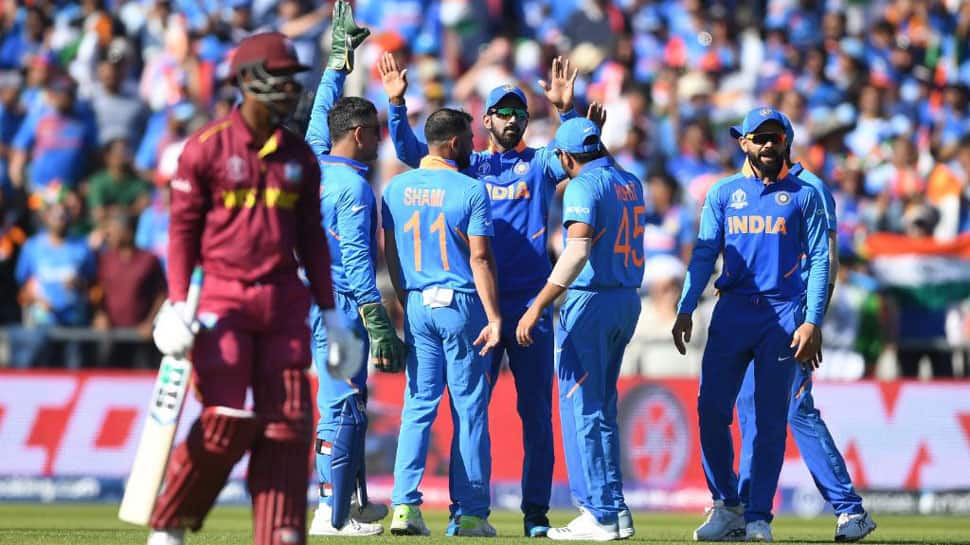 India defeated West Indies by 125 runs in match 34 of the ICC Cricket World Cup 2019 at the Old Trafford, Manchester on Thursday. The side continues to remain the only unbeaten side in the tournament.

Team India skipper Virat Kohli won the toss and opted to bat. The side managed to post a total of 268 runs for the loss of seven wickets in 50 overs following an 82-ball 72 by skipper Kohli as well as an unbeaten 56 by veteran MS Dhoni.

Windies pacer Kemar Roach was the pick of the bowlers with three wickets while Sheldon Cottrell and all-rounder Jason Holder accounted for two wickets apiece.

In turn, West Indies were bowled out for 143 runs in 34.2 overs after losing veteran Chris Gayle and wicketkeeper-batsman Shai Hope within the first seven overs of the chase. The Indian bowling attack maintained a disciplined performance thereon with Mohammed Shami the highest wicket-taker after accounting for four wickets.

Let us take a look at the highest run-scorers and wicket-takers after the West Indies vs India match:

Australian pacer Mitchell Starc is placed on the top of the tally with 19 wickets in seven matches. English pacer Jofra Archer trails him by three wickets on the second spot having accounted for 16 wickets.