World Cup 2019: Key players to watch out for in India vs Pakistan clash

The highly-anticipated match between India and Pakistan is inching closer and exuberant fans from both sides of the border are ready to witness this gripping clash of the two rivals. 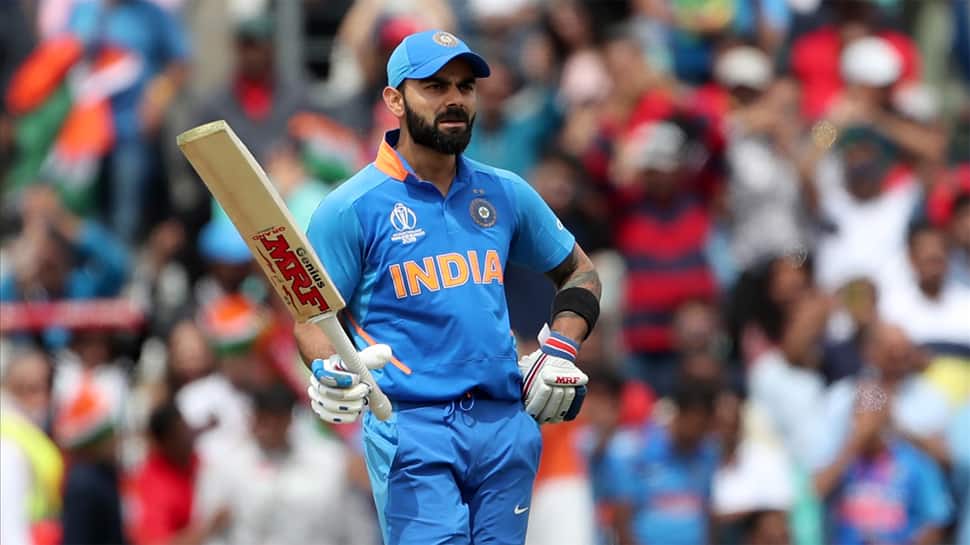 New Delhi: The highly-anticipated match between India and Pakistan is inching closer and exuberant fans from both sides of the border are ready to witness this gripping clash of the two rivals.

This once in a blue moon clash is an ineluctable clash for the ardent fans. The fact that India have never lost to Pakistan in the World Cup, makes it even more compelling. India have been in a sublime form in this premier tournament while Pakistan struggling to ameliorate their form.

India have not lost any of its matches in this edition of the quadrennial tournament while Pakistan have only managed to win one match and sits on the second last position of the points table. However, both the teams possess remarkable players, who have the ability to get their team over the line single-handedly.

Here are the key players to look out for in India vs Pakistan match:

Virat Kohli: India skipper Virat Kohli atop the ICC Men`s ODI batting ranking and has good figures against the upcoming opponent. Kohli has an average of 45.90, with two tons and a half-century, in 12 ODIs against Pakistan. Kohli even displayed his calibre in this edition of World Cup when he smashed 82 runs against Australia to help India win the match.

Jasprit Bumrah: Apart from having number ODI batsman, India also have the number one ODI bowler, Jasprit Bumrah. Bumrah justified this number one spot in the tournament as he took two wickets in the first match against New Zealand and picked up three wickets against Australia. Invigorating India`s bowling attack, Bumrah can provide India with their early breakthroughs which could thwart Pakistan`s batting line-up. Not only this, but Bumrah has also been a crucial bowler for India at death.

Hardik Pandya: All-rounder Hardik Pandya has been the most consistent player for the India team and he has delivered with both bat and ball. Pandya scored 48 runs off just 27 deliveries against Australia which included four boundaries and three sixes. He had accumulated 402 runs and took 14 wickets in the Indian Premier League for Mumbai Indians. Pandya also scored the fastest fifty in the league, scoring his half-century on just 17 balls.

Mohammad Amir: Pakistan pacer Mohammad Amir, who did not find a spot in the initial 15-member squad announced by Pakistan, proved his worth in the team as he took five wickets against Australia and conceded just 30 runs from his 10 overs. So far, Amir has taken 10 wickets and stand on the third position in the most wickets list which is topped by Australia`s Mitchell Starc (13).

Babar Azam: Babar Azam is a brilliant player and the stats backs his brilliance. Azam has played 64 ODIs in which he amassed 2,739 runs which includes nine centuries and 12 half-centuries. Azam sits on the top spot of ICC T20 batting rankings. Azam played an amazing knock of 63 runs against the hosts England in their second World Cup and helped his side beat England by 14 runs.

India will face Pakistan at the Old Trafford Cricket Ground on June 16.