The 28th match of the 2019 ICC World Cup will be played between India and Afghanistan before West Indies will take on New Zealand in another clash on Saturday. 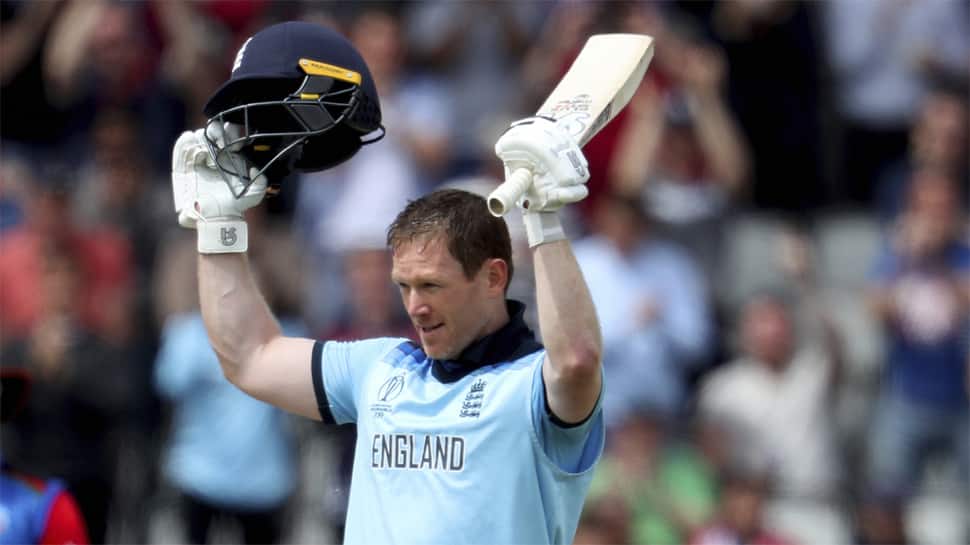 Opting to bat first, experienced batsman Angelo Mathews struck an 85-run knock off 115 balls while Avishka Fernando (49) and Kusal Mendis (46) also made decent contributions with the bat before the England bowlers restricted Sri Lanka to a lowly score of 232 for nine, something which was looking too easy for England to chase.

Mark Wood and Jofra Archer took three wickets each while Adil Rashid (two for 45) and Chris Woakes (one for 22) also chipped in.

While Ben Stokes was the highest scorer for the hosts with his unbeaten knock of 82, Joe Root once again pulled back his third successive half-century by scoring an 89-ball 57 runs .

Let us take a look at the list of players with most sixes, fours, best batting average and best bowling figures after Sri Lanka vs England clash:

England skipper Eoin Morgan tops the list of players with most sixes in the ongoing 2019 edition of the ICC World Cup. Morgan scripted a world record of most sixes by a batsman in an ODI inning when he smashed 17 maximums in England's last clash against Afghanistan. He leads the list with a total of 22 sixes from five innings he has played so far, with Aaron Finch (14 sixes) standing at the second place on this list.

Bangladesh all-rounder Shakib Al Hasan has the most number of fours to his name in the ongoing cricket's showpiece event. He is standing with a total of 47 boundaries from five matches he has played so far.

Shakib is being closely followed by Australian opener David Warner, who is placed at the second spot in the list with 35 boundaries from six matches.

New Zealand skipper Kane Williamson holds the record of best batting average in the 2019 ICC World Cup so far. He has amassed a total of 225 runs from three innings he played at a batting average of 225.

Pakistan fast bowler Mohammad Amir leads the list of players with best bowling figures. His figures of five for 30 against Australia at The County Ground is by far the best in the ongoing edition of the mega event. Jimmy Neesham of New Zealand missed out on the top spot by a whisker when he finished with the figures of five for 31 against Afghanistan at the same venue.

The 28th match of the 2019 ICC World Cup will be played between India and Afghanistan before West Indies will take on New Zealand in another clash on Saturday.