Rohit Sharma has dethroned Bangladesh all-rounder Shakib Al Hasan from the top spot in the list of players with the maximum number of boundaries in this year's World Cup. 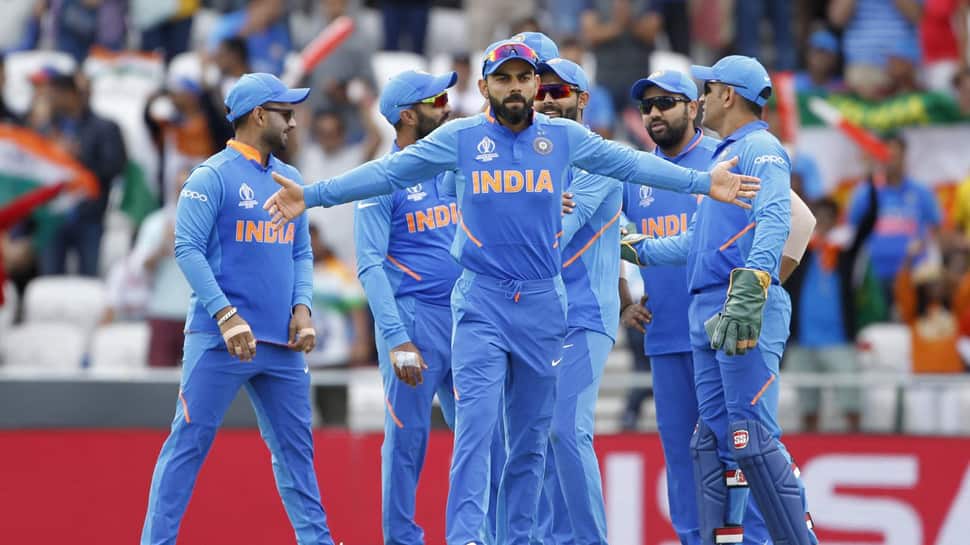 Chasing a target of 265 runs to win, Rohit (103 off 94 balls) smashed his 27th One-Day Internationals (ODI) besides also sharing a mammoth partnership of 189 runs for the opening wicket with KL Rahul (111) to help the Men in Blue cross the mark in 43.3 overs.

Earlier, Angelo Mathews (113) not only smashed his third ODI century but also stitched a crucial stand of 124 runs with Lahiru Thirimanne (53) as Sri Lanka bounced back from a poor start that saw him reduce to 55/4 to post a respectable total of 264 for seven in their stipulated 50 overs against India after opting to bat first.

England captain Eoin Morgan is currently leading the list of players with maximum number of sixes in their kitty in the onoing edition of the 2019 ICC World Cup. Morgan, who scripted a world record of most sixes by a player in an ODI match with a total of 17 maximum against Afghanistan, is standing at the numero-uno spot with 22 sixes.

Australian skipper Aaron Finch and Indian opener Rohit Sharma occuppy the second and third spot with 18 and 14 sixes from nine and eight matches, respectively they have played so far in the marquee event.

Rohit Sharma, who smashed 14 boundaries in his knock of 103 runs against Sri Lanka, has dethroned Bangladesh all-rounder Shakib Al Hasan from the top spot in the list of players with the maximum number of boundaries in this year's World Cup.

Indian opener Rohit Sharma and Bangladesh all-rounder Shakib Al Hasan are placed at the second and third positions with the batting average of 92.42 and 86.57, respectively.

Pakistan fast bowler Shaheen Afridi's figures of six for 35 in his side's last group stage fixture against Bangladesh remains the best bowling figures of the 2019 World Cup so far.

Australian fast bowler Mitchell Starc is standing at the second spot in the list with the figures of five for 26 which he brought against New Zealand at the Lord’s Cricket Ground.

Indian fast bowler Mohammad Shami holds the record of the best bowling strike rate of 15.07 in four matches in the 2019 edition of the marquee event.