Sri Lanka will now have to win their remaining two matches and hope for a collective collapse from England, Pakistan and Bangladesh in order to make it into the semi-final of the mega event. 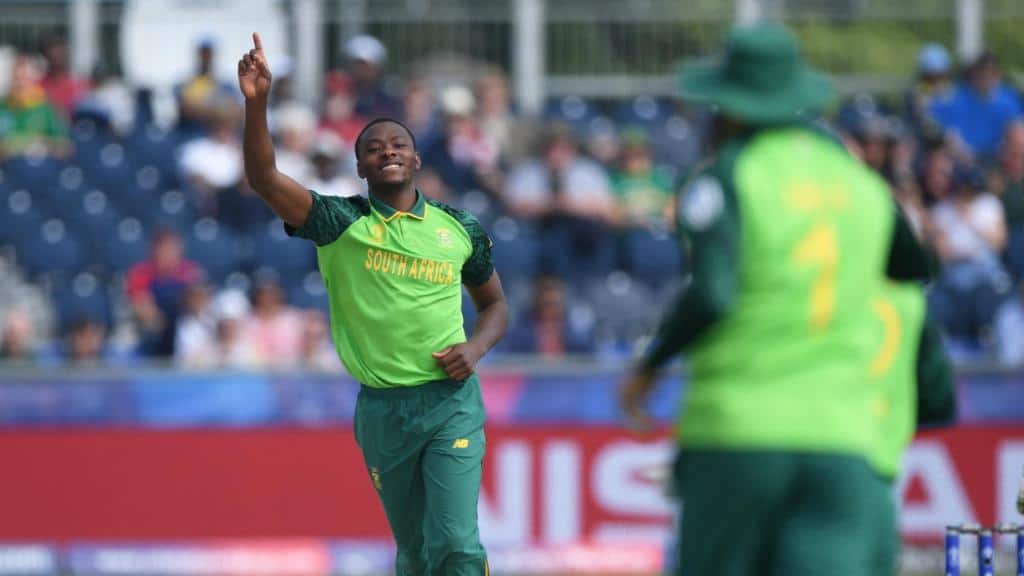 After restricting Sri Lanka to a lowly total, skipper Faf du Plessis and opener Hashim Amla shared a huge unbeaten stand of 175 runs to guide South Africa to a nine-wicket win over the Dimuth Karunaratne-led side in the 35th match of the 2019 International Cricket Council (ICC) World Cup at the Riverside Ground in Chester-le-Stree on Friday.

Opting to field first, Dwaine Pretorius (three for 25) and Chris Morris (three for 46) produced a terrific performance with the ball to help South Africa bundle Sri Lanka out for a paltry score of 203 in 49.3 overs.

Besides the duo, Kagiso Rabada bagged a two-wicket haul, while JP Duminy and Andile Phehlukwayo also chipped in with a wicket each.

For Sri Lanka, Kusal Perera and Avishka Fernando were the highest scorers for Sri Lanka with 30 runs each.

Chasing the target, Amla (80 off 105 balls) and Du Plessis (96 off 103 balls) not only notched up blistering half-centuries but also shared a mammoth 175-run union for the second wicket to help their side cross the mark in just 37.2 overs.

Sri Lanka will now have to win their remaining two matches against West Indies and India and hope for a collective collapse from England, Pakistan and Bangladesh in order to make it into the semi-final of the mega event.

Let us take a look at the list of players with most sixes, fours, best batting average and best bowling figures after South Africa vs Sri Lanka clash:

England captain Eoin Morgan is comfortably standing at the top spot in the list of players with most sixes in the ongoing 2019 edition of the ICC World Cup.

Morgan created a world record of most sixes by a player in an ODI inning when he scored 17 maximums during England's 2019 World Cup match against Afghanistan at the Old Trafford in Manchester on June 18. He has a total of 22 sixes to his name from six innings he has played so far.

Australian skipper Aaron Finch and West Indies swashbuckling batsman Chris Gayle are placed at the second and third spots with 18 and 10 sixes, respectively.

Bangladesh all-rounder Shakib Al Hasan is holding the record of most boundaries in the ongoing cricket's showpiece event. Shakib is leading the list with a total of 48 fours from six matches.

Bangladesh all-rounder Shakib Al Hasan and India's Rohit Sharma are standing at the second and third positions with the batting average of 95.20 and 84.50, respectively.

Shakib Al Hasan's career-best figures of five for 29 against Afghanistan at the Ageas Bowl on Monday still remains the best bowling figures of the 2019 edition of the marquee event.