It may be recalled that Tamim Iqbal did not play in the warm-up game against India because of pain in his thigh muscle. 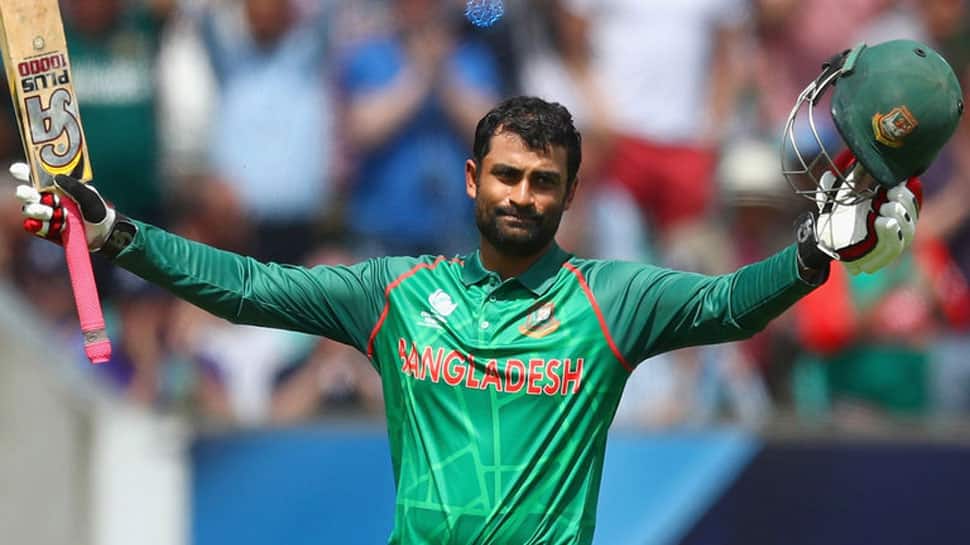 In a big blow for Bangladesh, their star opener Tamim Iqbal is likley to miss his team's opening match of the Cricket World 2019 against South Africa due to a wrist injury. Tamim suffered an injury on his left wrist while he was practising with the team on Friday, as per a report on Cricketworldcup.com. Bangladesh Cricket Board officials said that the left-handed opener was taken to a hospital for a  precautionary X-ray which showed no fracture, but it is feared that he may not play on Sunday because of the bruising and swelling in left wrist.

"It's too early to say anything specific but we will have an X-ray and if there is a fracture, then he won't be available. But if that is not the case, then we can hope he will be available for the opening game," selector Habibul Bashar was quoted as saying by cricketworldcup.com.

Tamim is set to undergo another set on Sunday and the results of this test will determine his availability for the game. It may be recalled that Tamim did not play in the warm-up game against India because of pain in his thigh muscle. Tamim is an important player for the Tigers and his absence from Sunday's opening game against South Africa would surely create trouble for Bangladesh.

Besides Tamim, the Bangladesh camp is also fretting over the fitness of some of its other players, including Skipper Mashrafe Mortaza, pacer Mustafizur Rahman and all-rounder Mahmudullah. Mortaza, Mustafizur and Mahmudullah have been troubled by hamstring, calf and shoulder issues respectively. BCB officials said that all-rounder Saifuddin, who is recovering from a back injury, is also not fully fit but he would make himself available for Sunday's game after taking painkillers.

Bangladesh is scheduled to start their World Cup campaign against South Africa at The Oval on Sunday, and will clash with New Zealand on June 5 at the same venue.