Both KL Rahul and Athiya Shetty keep their lives extremely personal although most people in cricket fraternity is aware of his love affair. The Karnataka opener is currently with the Indian team in Southampton for the inaugural World Test Championship Final against New Zealand followed by a five-match Test against England. 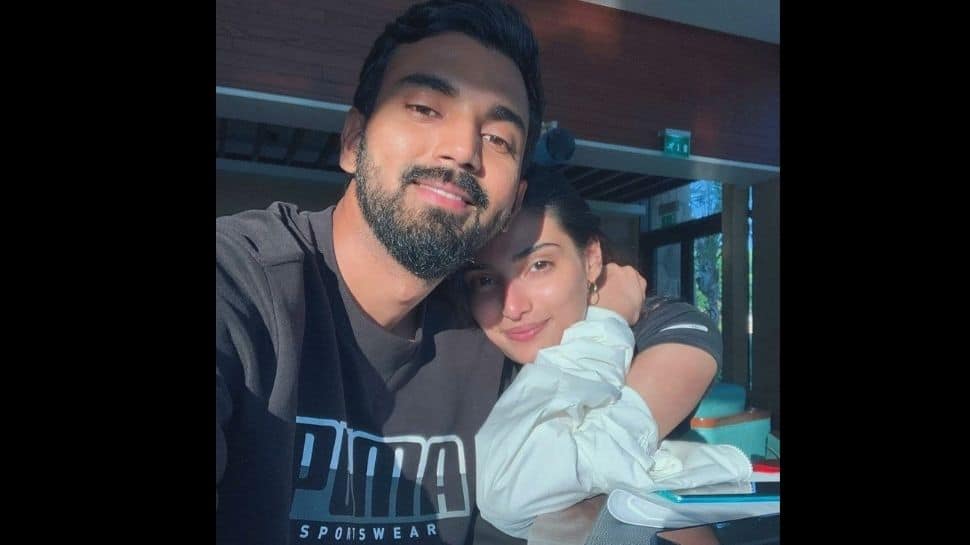 Team India wicketkeeper batsman KL Rahul and Bollywood star Athiya Shetty are one of the most talked-about couples in the cricketing circuit. The Punjab Kings skipper is rumoured to be dating daughter of Suniel Shetty, Athiya, although the couple have not made it official.

Both Rahul and Athiya keep their lives extremely personal although most people in cricket fraternity is aware of his love affair. The Karnataka opener is currently with the Indian team in Southampton for the inaugural World Test Championship Final against New Zealand followed by a five-match Test against England.

The Board of Control for Cricket in India (BCCI) has allowed all the players to travel with their families and partners to the UK for a four-month-long tour. On June 8 (Tuesday), the Athiya shared a monochrome picture where she is striking a stylish pose for the camera with the shades of green and barricades in the backdrop.

Though the actress posted a black and white photograph, the netizens were smart enough to notice that the background was similar to the one where the Indian team is currently residing in Southampton – Hilton at the Ageas Bowl hotel. A similar background further sparked the news of Athiya being in the UK with Rahul.

Rahul last featured in a competitive match during the 14th edition of the Indian Premier League (IPL). Rahul was one of the highest run-scorers in IPL 2021 and was firmly in race for the Orange Cap. However, he was forced to miss the last game of the Kings in the tournament as he underwent appendicitis surgery earlier this month.

Rahul is part of the 24-member squad announced by BCCI for the England tour. However, the chances of Rahul playing the final are extremely slim as there are no vacant places in the Indian contingent. India will square off against the Kane Williamson’s Blackcaps from June 18 to June 22 in the WTC final.