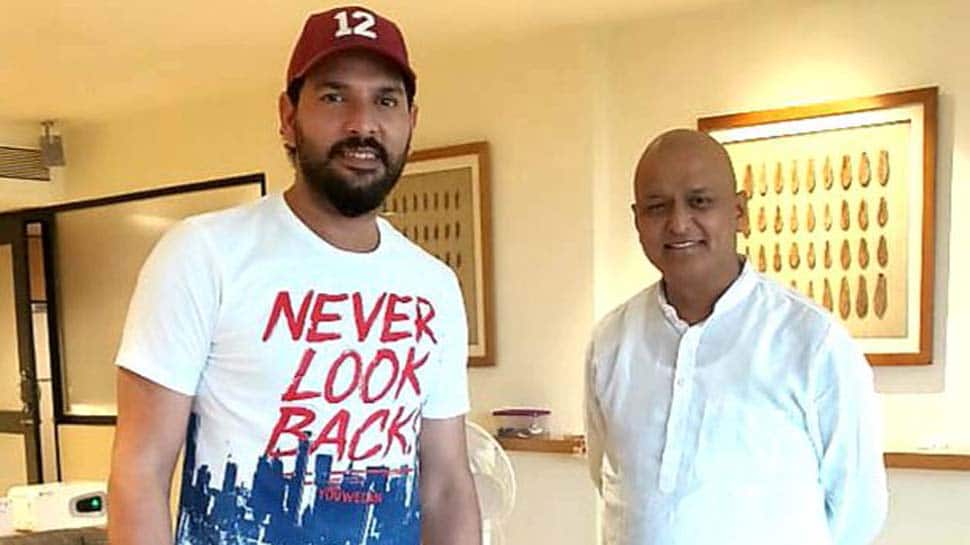 Yuvraj, who himself is a cancer survivor, took to his official Twitter handle and shared a picture of him with Baluni. The former Indian cricketer hoped for Baluni's quick recovery and backed him to be ready to serve people with renewed vigour.

"Yes We Can, Yes We Will...defeat cancer!Wishing Shri @anil_baluni ji all the best as he bravely fights his ailment and gets ready to serve people with renewed vigour and resolve....Good Luck," Yuvraj tweeted.

Yes We Can, Yes We Will...defeat cancer!

Wishing Shri @anil_baluni ji all the best as he bravely fights his ailment and gets ready to serve people with renewed vigour and resolve....Good Luck pic.twitter.com/jBO1mRKp3p

In June this year, Yuvraj brought down the curtains on his illustrious international career that not only saw him winning some of the biggest trophies including the Cricket World Cup but also defeating the dreaded cancer.

In 2011, when India scripted history by lifting the ICC World Cup, Yuvraj was adjudged the man of the series. But the period following the world cup came as a shocker for millions of cricket fans as he was diagnosed with a rare germ cell cancer. His treatment went on for over a year, and a fighter that Yuvraj is, made an inspirational comeback and regained his slot in team India.

Meanwhile, Baluni--who originally hails from Uttarakhand--is also the national spokesperson of the BJP.