Yuvraj Singh has been one of the greatest Indian cricketers in limited overs format. 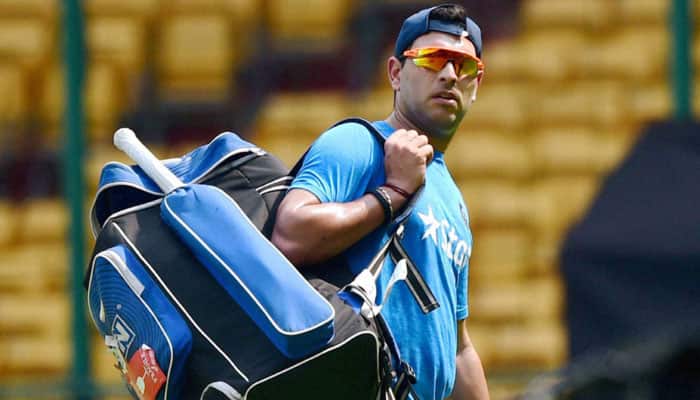 Yuvraj Singh has finally announced his retirement from international cricket, which has been nothing less than a roller coaster ride. While he was adjudged the man of the series in the 2011 World Cup, there were times when he struggled to even find a slot for himself in the team. He grappled with fitness issues on several occasions, and the tryst with cancer came as the worst setback in his career. Yuvraj has been one of the greatest Indian cricketers in limited overs format, but did not impress a great deal in Test format.

Here’s a look at the career stats of the legendary cricketer:

Yuvraj has played 304 One Day International matches and scored 8701 runs, including 14 centuries and 52 half centuries. His highest ODI score was 150 off 127 balls against England. Yuvraj’s batting average is 36.56.

The iconic cricketer played 40 Test matches, scoring a total of 1900 runs. His highest Test score was 169 off 203 balls.  He hit three Test hundreds and 11 half centuries at a batting average of 33.93.

Yuvraj has had an impeccable strike rate of 136.38 in the shortest format of the game wherein he hit eight half centuries. During his career, he played 58 T20Is and went on to score 1177 runs. His batting average in the 20-over format was 28.02.

Announcing his retirement at a press conference on Monday, the 2011 World Cup hero said he had decided to move on.

"After 25 years in and around the 22 yards and almost 17 years of international cricket on and off, I have decided to move on. This game taught me how to fight, how to fall, to dust off, to get up again and move forward," said the firebrand cricketer.

He also recalled his cricketing journey as to how he started in the team under the captaincy of Sourav Ganguly and shared the dressing room with legends like Sachin Tendulkar, Rahul Dravid and Anil Kumble.