The nine-day long festival of Navratri has begun from March 25 and will last till Ram Navami on April 2 respectively. There are four types of Navratris two are in the year, out of which only widely celebrated - the Chaitra (spring) and Shardiya Navratri (autumn). The other two are Ashada and Magha Gupt Navratri. 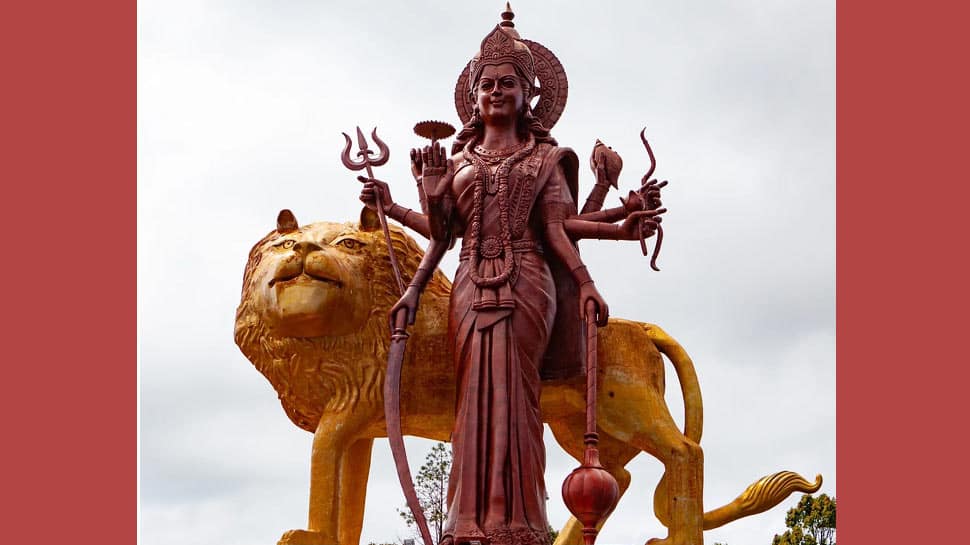 New Delhi: The nine-day long festival of Navratri has begun from March 25 and will last till Ram Navami on April 2 respectively. There are four types of Navratris two are in the year, out of which only widely celebrated - the Chaitra (spring) and Shardiya Navratri (autumn). The other two are Ashada and Magha Gupt Navratri.

Devotees eagerly wait for this time of the year when they pray to the goddess Shakti (Maa Durga) and her various forms on nine days. According to the Gregorian calendar, the Chaitra Navratri festival takes place in the months of March-April each year. The Ghatasthapana, Chandra Darshan will be conducted on March 25, 2020 on the day one of Navratri. On this day, Maa Shailputri will be worshipped.

The Sunrise and Moonrise Timings for Ghatasthapana:

Maa Shailputri is one of the Navadurgas and is worshipped on the first day of Navratri. Also known by the name of Sati, Parvati, Bhawani or Hemavati (daughter of Himavat - the king of Himalayas), Maa Shailputri is hailed as mother nature and prayed to for attaining spiritural awakening.

There are various legends associated with her incarnation as daughter of king Daksha Prajapati - Sati, and then later has Parvati - the daughter of king Himavat, who is the consort of Lord Shiva.

She is the daughter of the mountains and is depicted with two hands, a crescent on her forehead, a trident in her right hand and a lotus flower in her right hand respectively. She is mounted on Nandi - the bull.

The day begins with her worship and because it is the Day 1 of Navratri, Ghatashthapana is first performed which includes kalash sthapana.

Chant this mantra of Devi Shailputri to seek her blessings:

Prayer to the Goddess:

Meaning: "I pay my obeisance to the divine mother Shailputri, who bestows upon the choicest boons to the devotees. The moon in the crescent form is adorned as the crown on her forehead. She is mounted on the bullock. She holds a lance in her hand. She is Yashasvini - the celebrated mother Durga.

Maa Shailputri is also considered to be the goddess of root chakra -- which is evoked for spiritial awakening through meditation. It is believed that the Devi gives Shakti to attain a higher spiritual growth. She is worshipped as Purna Prakriti Durga. Her abode is Muladhara Chakra and she covers the entire atmosphere.