Lord Dattatreya is a three-head god as it comprises Brahma, Vishnu and Mahesh respectively. 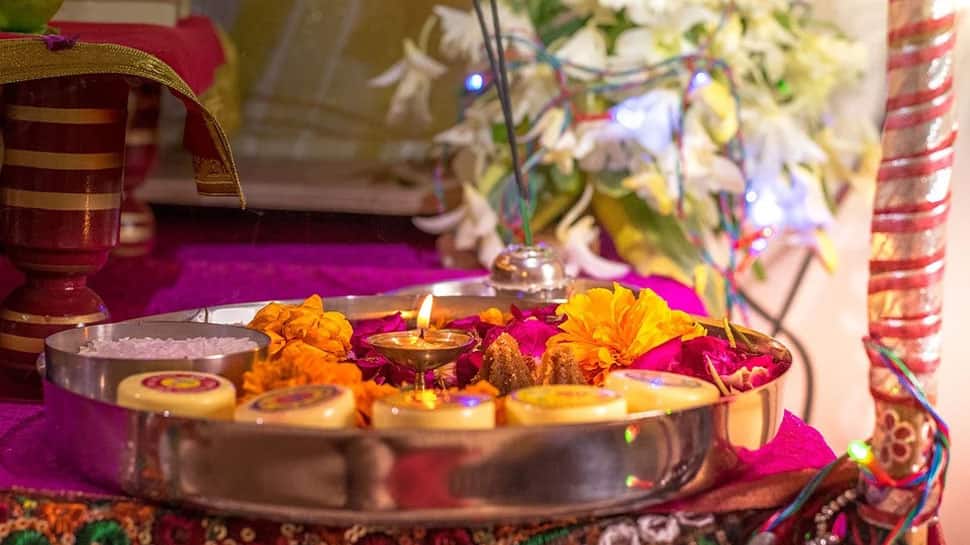 Dattatreya Jayanti or Datta Jayanti marks the birthday of the Hindu trinity of Lords -- Brahma, Vishnu, Mahesh in a combined form of Lord Dattatreya. It is celebrated on the full moon day of Margashirsha month, which as per Hindu calendar is also known as Agrahayana.

Dattatreya Jayanti falls on December 11 this year. It is widely celebrated in the country but is a major festival in Maharashtra. Lord Dattatreya was born to Rishi Atri and Maa Anusuya after the latter performed severe austerities to seek a son endowed with the equal qualities of the Hindu trinity.

Lord Dattatreya is a three-head god as it comprises Brahma, Vishnu and Mahesh respectively.

It is believed that even though Dattatreya is considered to be an embodiment of the Hindu trinity but he is said to be the avatar of Lord Vishnu. His siblings Moon-god (Chandra Devta) and Rishi Durvasa are seen as forms of Lord Brahma and Lord Shiva respectively.

On this day, devotees take bath in the holy river and a special Dattatreya puja of the lord is performed.

People pray to Lord Dattatreya and place his idol at home. If they are visiting a temple, they meditate and pray to be on the path of righteousness.

Several temples are specially decorated on this special day. Bhajan-Kirtans are organised as people immerse themselves in the bhakti of Lord Dattatreya.

Holy books and scriptures such as Avadhuta Gita and Jivanmukta Gita are read on this day. The lord's sayings and discourse are written in the above mentioned sacred books.