New Delhi: The auspicious occasion of Eid-ul-Fitr is here and the festive spirit has gripped the nation. After observing fasts or Rozas for 30-days during the holy month of Ramzan, Muslims across the globe eagerly wait for Eid to celebrate the festival with much gusto and fervour.

The Mumbai Jama Masjid announced Eid to be celebrated on June 5 after the moon was sighted tonight. Kolkata’s Nakhoda Masjid has also announced moon sighting and Eid celebrations. 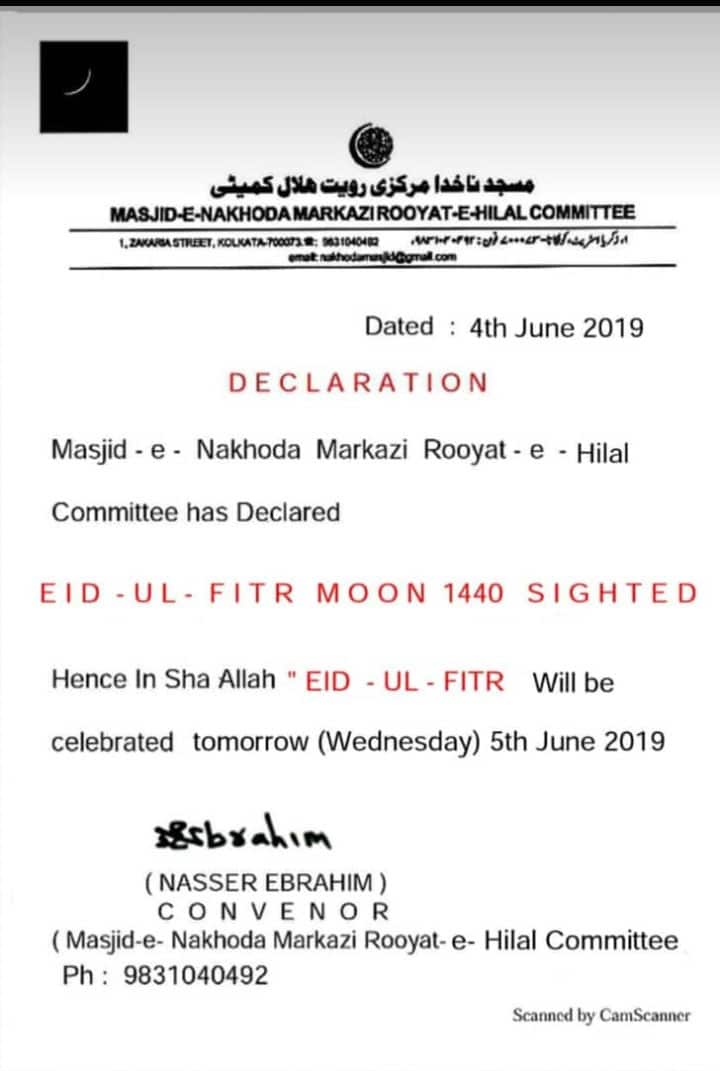 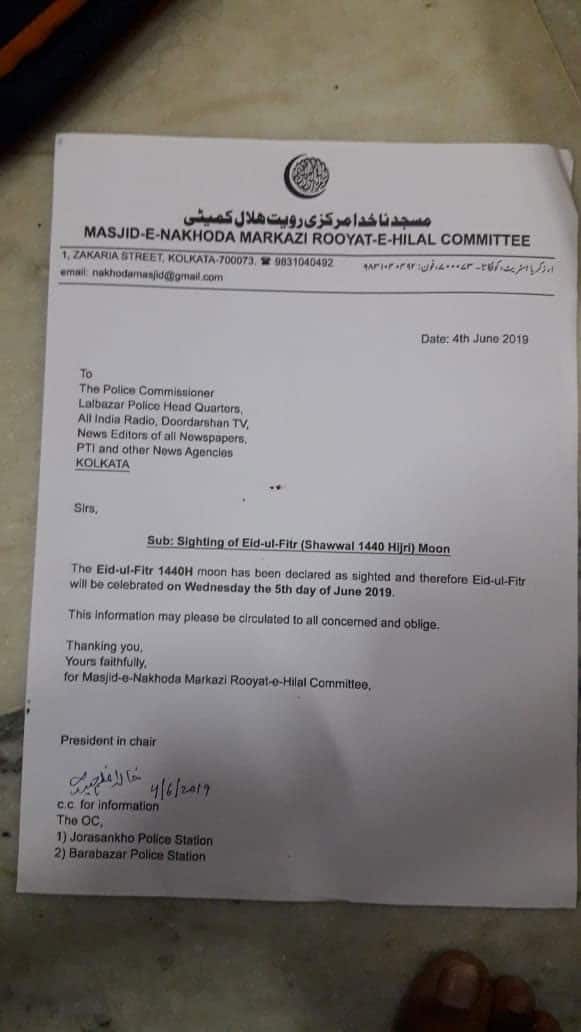 The moon for the Islamic month of Shawwal is sighted. With the moon being sighted, it marks the end of the holy month of Ramzan. Eid-ul-Fitr will be celebrated across Pakistan on June 5, 2019. Ruet e Hilal Committee(Federal committee for Moon sighting) formally announced the moon being sighted and Eid across Pakistan on June 5, 2019.

Eid-ul-Fitr or Eid-al-Fitr marks the end of the 30-day period of fasting or Rozas. Eid-ul-Fitr is the first and only day in the month of Shawwal during which Muslims are not permitted to fast.

Meanwhile, people have already started prepping up for the big day tomorrow. Here are the visuals of busy markets in Bhopal ahead of Eid-ul-Fitr.

Ramzan or Ramadan falls on the ninth month of the Islamic calendar and holds a great significance for the Muslim community. During the holy month of Ramadan, Muslims observe fasts for 30 days marking it as a gesture to revere the first revelation of the Quran to Muhammad according to Islamic belief.