Ganesh Chaturthi 2019: Here are some lessons to learn from Lord Ganesha

The birth of Lord Ganesha is celebrated in the form of Ganesh Chaturthi every year. This year, the festival will be celebrated on September 2. 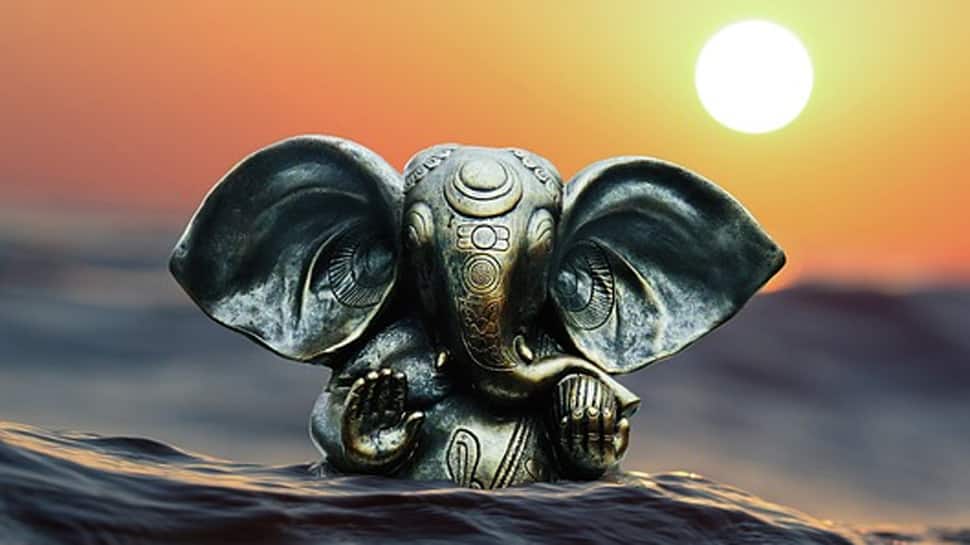 Revered before new beginnings and the harbinger of good luck, Lord Ganesha is believed to eradicate difficulties from our lives. Before commencing any auspicious task, the elephant God is worshipped and devotees ask him for his blessings.

The birth of the son of Lord Shiva and Goddess Parvati is celebrated in the form of Ganesh Chaturthi every year. This year, the festival will be celebrated on September 2.

As the holy day is around the corner, here is having a look at some lessons from Lord Ganesha's life that can teach us a great way of living:

The story of how Lord Ganesha got his elephant head teaches us the importance of duty. According to a popular legend, Ganesha was created by Goddess Parvati while Lord Shiva didn't know of the fact that Ganesha was his son. It is believed that Maa Parvati made a turmeric paste from her body before taking a bath and sculpted a formation of a boy, later breathing life into him—thus Ganesha was born.

Goddess Parvati had asked Ganesha to stand outside while she took her bath and not allow anyone to come inside. When Lord Shiva came, Ganesha, not knowing that Lord Shiva is his father, stopped him at the gate which made Shiva angry and cut his head off.

When Goddess Parvati came out, she saw what had occurred and asked Lord Shiva to bring their son back to life. Then, the Lord decided that he would place the head of the first living being he found on earth.The Lord found an elephant and hence, Ganesha has the head of an elephant.

This story teaches us that duty is above everything as even though Ganesha lost his head, he never gave up on his duty as a son.

There is another popular legend that says that once Lord Shiva and goddess Parvati gave Ganesha and his brother, Kartikeya a challenge. Both of them had to run around the world three times and whoever came first would get a fruit that would provide supreme knowledge and immorality.

Kartikeya immediately left on his peacock but Ganesha stayed behind. He instead ran around three times around his parents and said that for him, they are the world.

This story gives the lesson of respect and love for one's parents. They are the reason you are on this earth and that is why one must always be grateful and kind towards one's parents.

Ganesha has an elephant head but one of his tusks is broken. Legend has it that this happened while he was writing the epic, 'Mahabharata'. His pen broke and the lord, as diligent as ever, broke one of his tusks to continue writing. Thus, one must always be ready to make sacrifices for the larger good.

The moon once mocked Ganesha when the lord had eaten too much and was bloating. Ganesha angered at the moon gave him a curse that from that day, it'll not be visible to anyone. When the moon asked for forgiveness, the kind-hearted Lord forgave him but since he could not take the curse back, he reduced it by saying that the moon may become thinner every day and finally, being invisible once a month.

This story teaches the importance of forgiveness and that one must forgive those who are guilty of their mistakes.

The mouse is hated by most people as it is a rustic creature who feeds on leftover food and attacks in the dark. Ganesha however, chose this rodent as his vehicle/Vahana. This fact outlines his respect for every creature and no matter how a creature looks like, it is equal to others.

Hence, from this, we must learn that each and every person needs to be respected equally. The background, race, religion, colour or gender does not matter.