Jagannath Rath Yatra 2020: The holy festival is held in Odisha's Puri and marks the journey of Lord Jagannath, Lord Balbhadra and Goddess Subadhra from their actual abode (the Puri Jagannath Temple) to the Gundicha temple. 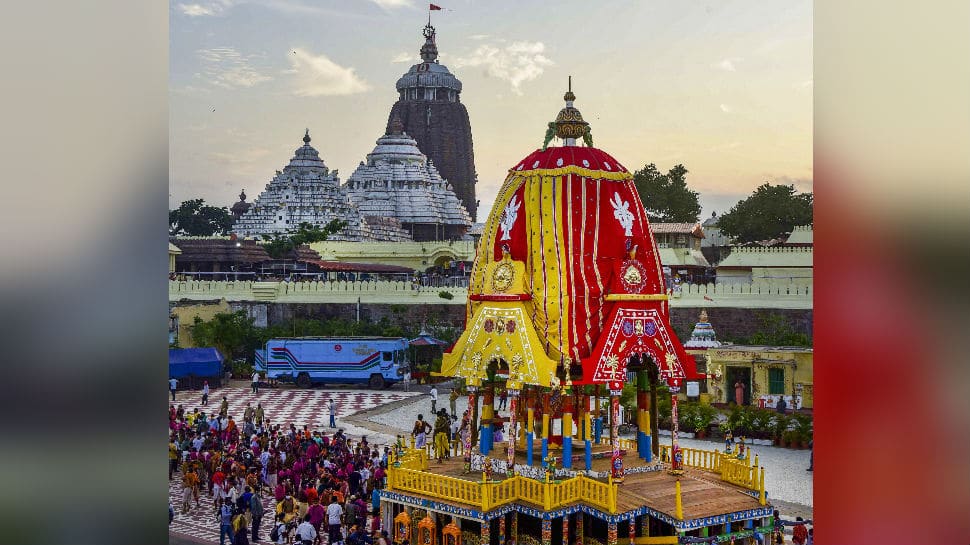 New Delhi: The Lord Jagannath Rath Yatra, also known as the chariot festival, is celebrated every year with much zeal and enthusiasm in Odisha and other parts of the country. Around 10 lakh devotees from across the country and abroad throng Puri to take part in the festival. However, this time, the celebrations have been marred by the coronavirus pandemic.

The holy festival is held in Odisha's Puri and marks the journey of Lord Jagannath, Lord Balbhadra and Goddess Subadhra from their actual abode (the Puri Jagannath Temple) to the Gundicha temple.

Lord Jagannath (the Lord of the Universe derived from the Sanskrit words - Jagat meaning Universe and Nath meaning Lord) leaves his abode along with siblings Balbhadra and Subadhra for Gundicha Mata's Temple, a monument built in the memory of Queen Gundicha, wife of King Indradyumna who built the world famous Puri temple.

As per belief, Goddess Lakshmi visits her consort Lord Jagannath on the fourth day and this day is referred to as the Hera Panchami, which falls on the sixth day or Shashti.

After spending about a week at the Gundicha temple, the trio of Jagannath, Balbhadra and Subhadra return to the Jagannath temple. This ceremony is called Bahuda Yatra.

Devotees pull the three beautifully decorated giant chariots which carry the idols of the three main deities. The chariots have a distinct look and name.

Due to the health scare in the wake of coronavirus, the Supreme Court on Monday allowed holding of Jagannath Rath Yatra with certain conditions including that there would be no public attendance.

Modifying its June 18 order in which it had said that this year's Yatra cannot be allowed due to the pandemic, the apex court permitted holding of the Yatra after taking note of Odisha government's stand that it “can be held in a limited way without public attendance”.