Kamika Ekadashi falls during the Shravana or Sawan months (July-August). 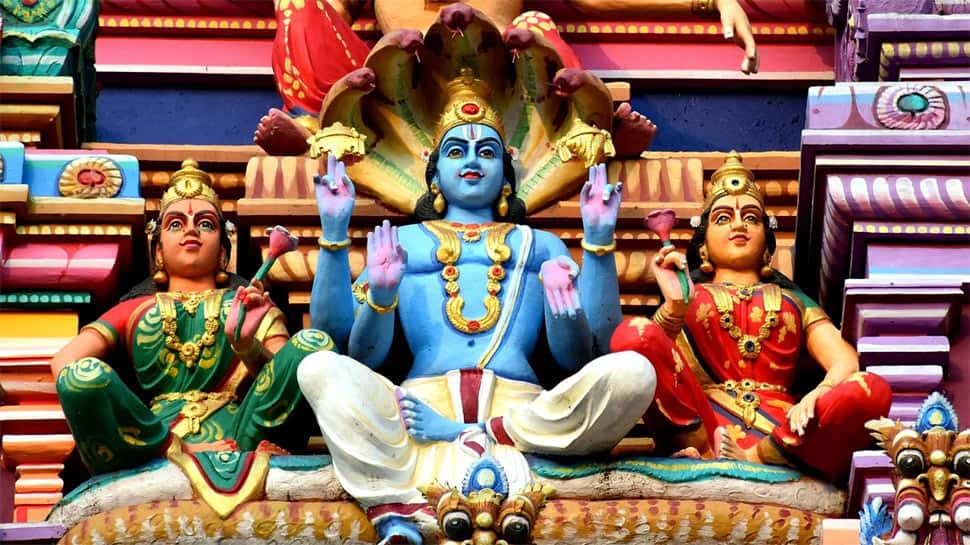 New Delhi: The auspicious occasion of Kamika Ekadashi is on July 16, 2020. The Ekadashi means an eleventh lunar day of the fortnight in the Jyeshtha month as per Hindu calendar. The day is dedicated to Lord Vishnu. Like all Ekadashis, on Kamika Ekadashi too devotees pray to Lord Vishnu and seek his blessings.

Kamika Ekadashi falls during the Shravana or Sawan months (July-August). The presiding deity is Sridhar - a form of Lord Vishnu. It is believed all those who pray and fast on this day are blessed by the Lord and he all their sins are removed.

Significance and legend of Kamika Ekadashi:

It is believed that Lord Brahma told Devrishi Narad Muni about the essence of Kamika Ekadashi when the latter asked him about its importance. Lord Brahma narrated the benefits associated with worshipping Lord Vishnu on Kamika Ekadashi, highlighting how it is equivalent of visiting Lord Kedarnath, bathing in Ganga, paying obeisance at Pushkar, and other such things.

He told Narada Muni that anyone who prays to Lord Vishnu and offers a Tulsi leaf to him shall be freed from the sins.

Also, during the Mahabharat, Yudhishthir too asked Lord Krishna about the significance of Kamika Ekadashi, who told him about Lord Brahma's discourse to son Narada Muni.

It is believed that Lord Vishnu goes into sleep in Ksheersagar on this day and after four months on Prabodhini Ekadashi, he wakes up. The holy period of 4 months as per Hindu calendar - Chaturmas - which begins from Devshayani or Ashadhi Ekadashi. This year it was on July 1.