Krishna Janmashtami: How Lord Krishna's birthday is celebrated across the world

Here are some of the places that celebrate the auspicious occasion in their own way and this is how they do it. 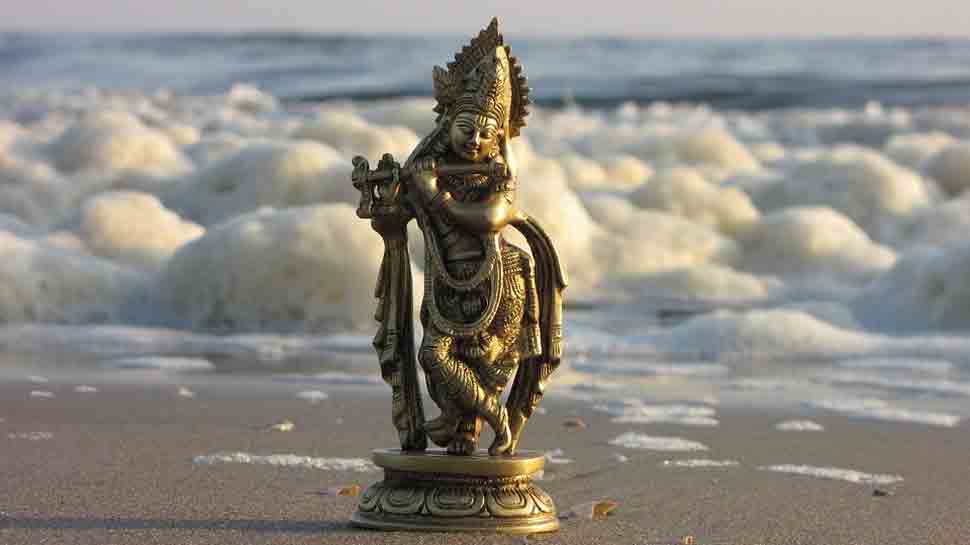 Janmashtami or Krishna Janmashtami celebrates the birth of Lord Krishna, the eighth avatar of Lord Vishnu.  It is celebrated enthusiastically in different parts of the world by his devotees. This year, Janmashtami will be celebrated on August 24.

ISKCON (International Society for Krishna Consciousness) Temple is an ardent Krishna follower that is located in many places across the world but was founded in New York, The United States of America by AC Bhaktivedanta Swami Prabhupada.

Here are some of the places that celebrate the auspicious occasion in their own way and this is how they do it:

Mathura happens to be Shri Krishna's birthplace where Devaki gave birth to him inside a prison. Therefore, Mathura is the most important and happening place during Janmashtami for the Krishna devotees. Every year, people follow the practice of reading the Bhagavad Gita, keep rocking cradles with a Krishna idol in temples and at their homes. Devotees perform the ceremonies at midnight and some also do the Raas Leela, a dance ritual that was performed by the Lord along with Radha and other Gopis. Mathura is a must-visit place during Janmashtami.

The place that saw the naughty Kanhaiya's mischiefs and holds a greater significance in understanding Lord Krishna's evolution. The Lord is believed to have performed the Raas Leela along with Radha and other Gopis in the forests of Vrindavan, making it a significant place. The temples are full of lights, beautiful decorations, people sing and dance while praying to the god. There are many temples in Vrindavan that are dedicated to the lord and each temple has its own beauty. People observe fast till midnight, perform Raas Leela, rock the cradles and read out the Bhagavad Gita aloud.  You can visit the Bankey Bihari temple and Prem Mandir when in Vrindavan.

Lord Krishna was taken to Gokul by his father in order to protect him from his maternal uncle Kansa where he was raised by Yashoda and Nandlal. The festival is celebrated as Gokulashtami there and people start the prep a day later than the actual date because they believe that since Krishna was brought to Gokul a day after he was born, so they should celebrate that day. Devotees play with buttermilk, curd, turmeric and bathe Krishna's idols with the same.

Dwarka is a special place that was built by Balram, Lord Krishna's brother, and after Lord Krishna left this world in physical form, the city is believed to have submerged under the sea. Lord Krishna lived in his kingdom in Dwarka, considered to be one of the most sacred and holy places. The celebrations begin before midnight where people dance, sing bhajans and usher in the Lord's birthday.

A national holiday in Bangladesh, Janmashtami is a special festival for the people living there. The major celebrations take place in the main temple of the country, Dhakeshwari Temple in Dhaka, capital of Bangladesh. People celebrate the festival with a lot of happiness and enthusiasm.

The festival is called as 'Krishna Ashtami' in Fiji and the celebrations go on for eight days and the eighth day happens to be the day Lord Krishna was born. During those eight days, the Hindus in Fiji gather at Temples or at their homes with devotional groups and celebrate by singing songs, dancing, reciting prayers and distributing the Prasadam. The celebrations are unique because they go on for eight days. Janmashtami is an important and special festival for the followers of Lord Krishna and Radha since it marks the birth of the god. So, you must not miss out on the celebrations come what may!
Jai Shri Radhey Krishna!