This year, the festival of Raksha Bandhan will be celebrated on August 15. On this day, sisters tie a rakhi on their brother's wrist. 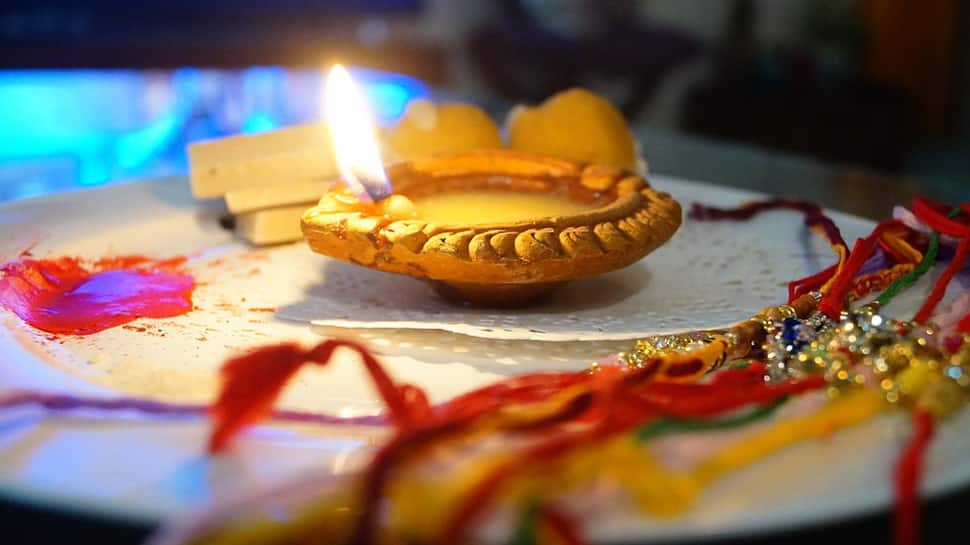 The festival of Raksha Bandhan celebrates the bond between a brother and a sister. On this very special day, a sister ties Rakhi on her brother's wrist and in return, he promises to protect her for life and showers her with gifts and sweets.

Below are the timings of the Muhurat to tie Rakhi to your brother on Raksha Bandhan, according to drikpanchang.com:

On the day of Raksha Bandhan, sisters wake up early in the morning and prepare for the festival.

Usually, a special 'Rakhi ki Thali' is prepared in which a small diya, akshat (rice mixed with turmeric), kumkum, sweets and the rakhi is placed. It is up to you to decorate the thali or not. A small prayer with the entire family in attendance is carried out and then sisters tie the rakhi on their brother's right wrist after applying tilak on his forhead.

Then, both feed each other the sweets laid out on the thali post which the sister extends best of her wishes to the brother.

The rituals may vary across communities but the essence of the festival remains the same—that of celebrating brother-sister love.

Post the rituals, brothers treat their sisters to gifts and sweets in return.

Independence Day 2019: 5 melodious songs that will unleash your patriotism