There is a mention of the goddess in 'Skanda Purana'. 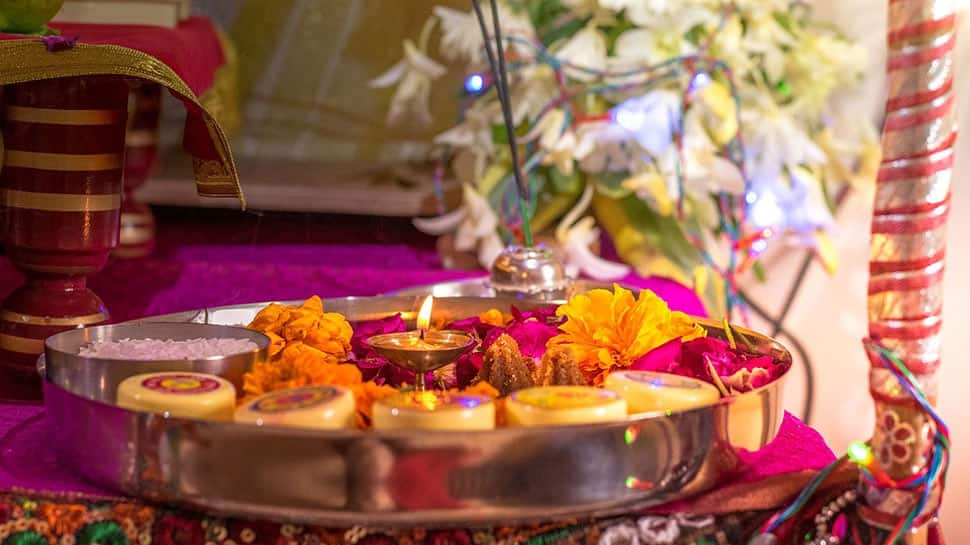 Pic Courtesy: Pixabay (representational use only)
Share:
Written By:

New Delhi: The auspicious occasion of Sheetala Saptami is celebrated every year on the seventh day after Holi. On thuis day, goddess Sheetala, also known as Sheetala Mata in many parts of the country is revered and her blessings are sought.

This year, Sheetala Saptami is on March 27.

There are various legends and rituals associated with the day. It is also known by the name Basoda or Sheetala Saptami Basoda. The festival is widely celebrated in parts of North India like Uttar Pradesh, Rajasthan and Gujarat.

On this day, fire is not lit, therefore fresh food is not prepared and the previous night's food items are consumed. Goddess Sheetala protects her devotees from illnesses such as chicken pox, small pox and other contagious diseases.

Devotees on this day get up in the wee hours of the morning and take bath with cold water. Then they visit the Sheetala Mata temples and pray for the wellbeing of their families.

Sheetala Mata Vrat Katha is also recited on this day amongst the devotees. Some even perform mundan (head shaving ceremony) in reverence to the goddess who protects against diseases while others observe Sheetala Mata Vrat on this auspicious day.

It is also said that on this day, women of the house get up early, take bath in cold water and take the previous night's cooked sweet rice, turmeric, Chana dal, along with water put in a container (lota) to the place where Holika Dahan was organised. They pray at the same spot.

The goddess is offered previous night's rice and jaggery as prasad. And devotees later consume the same during the day while observing a fast.

It is observed a day prior to Sheetala Ashtami.

Goddess Sheetala is believed to be the incarnation of Goddess Parvati and Goddess Durga. Sheetala means cool, therefore it is said that the goddess protects her devotees and cures them of all illnesses with her cool divine touch. She heals her bhakts from contagious diseases such as poxes, sores, ghouls and pustules to name a few.

There is a mention of the goddess in 'Skanda Purana'.

She is known by various names in different parts of the country and several legends are associated with her. In one of the stories, it is believed that Goddess Durga incarnated as Katyayani—daughter of rishi Katyanan. She set out to kill the evil forces of the world as Durga and took the lives of demons sent by Kaalkeya.

The demon of fever named Jwarasur spread incurable diseases such as cholera, dysentery, measles, smallpox amongst various others. He inflicted these diseases to Katyayani's friends but she cured them all.

To destroy the demon of fever and relived the world of all the diseases, Katyayani took the form of Sheetala Devi. In all her idols, each of her four hands held a short broom, winnowing fan, jar of cooling water and a drinking cup. She cured all the children with her divine power.

After that, the goddess tells her friend Batuk to confront the demon Jwarasur which results in a battle between the two. The demon wins it and Batuk's body which lied down fades into dust in a split magical moment.

The demon could not believe his eyes. He did not realise that Batuk now took the form a male figure with three eyes and four arms holding a battle-axe, sword, trident and demon head. He looked dark, had flowing locks, blazing eyes, wore a tiger-skin and a garland of skulls around his neck.

Batuk now became Lord Shiva's Bhairav avatar. As Bhairav, Batuk tells the demon Jwarasur that he is Goddess Durga, who incarnated as Katyayani's servant. A battle ensues between the two again where Jwarasur tries to create other demons but Bhairav kills all.

In the final bout, Bhairav kills demon Jwarasur with his trident.

Daily Horoscope: Find out what the stars have in store for you today — March 27, 2019