Solar Eclipse 2020: Date, timings and will Surya Grahan be visible in India?

The Sun will be totally covered by the shadow of the Moon during the eclipse. 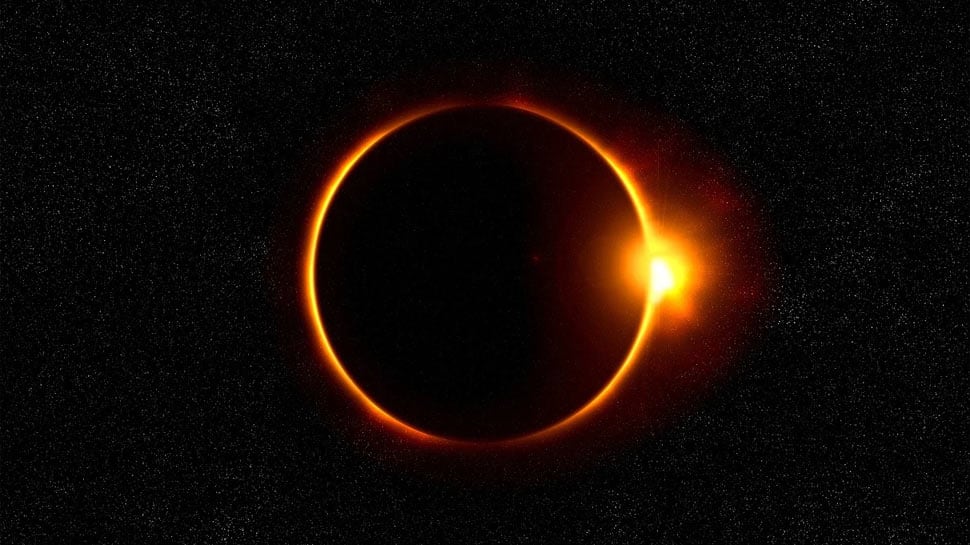 New Delhi: The year 2020 is all set to witness to its last Solar Eclipse or Surya Grahan on December 14. It is going to be a total solar eclipse which will be visible from Chile and parts of Argentina. The Sun will be totally covered by the shadow of the Moon during the eclipse.

According to timeanddate.com, the total eclipse will be visible in southern South America, south-west Africa while Antarctica will see a partial solar eclipse, most likely.

Since in India, the solar eclipse will not occur during day time it will not be visible to us.

The first Solar Eclipse of this year was on June 21. When it's a total eclipse, the disk of the Sun is fully obscured by the Moon, however, in partial and annular eclipses, only part of the Sun is obscured.

In India, people usually prefer to stay indoors and not consume any food items during the time of the Grahan or eclipse. Also, Darbha grass or Tulsi leaves are put in eatables and water to prevent the ill effects of the Grahan. Many believe in taking a bath after the eclipse is over and change to new clothes. Chanting of mantras dedicated to sun god is another practice followed by many households in the country.

Many refrain from drinking water during the time period of eclipse. Also, the preparation of food or eating is prohibited during the Grahan. Commencing any auspicious task is avoided by many as well.

Take Note: The eclipsed Sun should not be viewed with the naked eye, even for a very short time. It will cause permanent damage to the eyes leading to blindness even when the moon covers most portion of the Sun.