The five teleplays on Dish TV and D2H Rangmanch Active this September, Zee Theatre showcases strong and empowered women who aren’t afraid to take a stand for themselves. 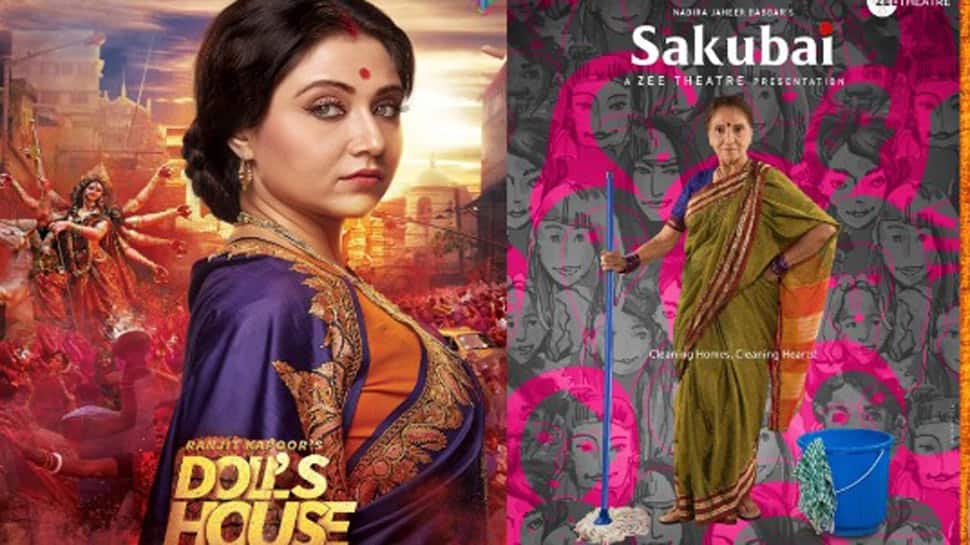 The five teleplays on Dish TV and D2H Rangmanch Active this September, Zee Theatre showcases strong and empowered women who aren’t afraid to take a stand for themselves.

Take a look at some of the female-oriented plays showcasing women empowerment.

Starring Shweta Basu Prasad as the eponymous character Gudiya, the teleplay is a comedy of errors that takes a light-hearted jab at the standards of beauty set by society on women. On her wedding day, a mix-up in the shampoo leads to Gudiya losing her eyebrows and her sweet Indian wedding turns into a pungent comedy of errors. What remains to be seen is if Gudiya will be able to convince everyone and save her marriage? Also starring Virendra Saxena, Samta Sagar, Ishtiyaq Khan, Saroj Sharma, Neha Saraf, Vikram Kochhar, Anveshi Jain.

Saku Bai is the story of a common and yet an uncommon woman. It tells the tale of all those women who play an indispensable part in our lives and whom we ubiquitously address as 'bai’. Exemplifying strength and determination, Saku Bai tackles every hurdle that comes her way, celebrating life as she knows it. A one-woman act by the veteran actress Sarita Joshi, ‘Sakubai’ is a must-watch for the powerhouse female.

A dramatic relationship full of layered discoveries, ‘Doll's House’ follows a married woman Keya as she struggles with the dilemma of protecting a secret that could shake her marriage or discovering if her husband’s affection for her goes beyond treating her like his prized doll. An ordeal of a woman and a wife; the teleplay portrays a classic story with a message relevant through time. Starring Swastika Mukherjee, Subhrajyoti Barat, Ratnabali Bhattacharya, Dibyendu Bhattacharya.

A period drama on the trials of queen Rani Sheelavati, the teleplay follows her compulsion to enter the practice of niyog prevalent in the princely states during the British Raj. As the King is unable to produce an heir, the queen has to choose another man for a night to fulfil the duties of the kingdom. The teleplay captures their individual battles of shame, discomfort, and embarrassment from the ordeal as relationships are strained and new ones are formed in the process. the teleplay stars Madhurima Tuli, with Rajat Kaul and Rocky in lead roles.

The teleplay is set against the oppressive Zamindari system of 1948 where the fiercely strong Durgeshwari played by Mita Vashisht goes to lengths to preserve her position both in the family and the society. The play also stars Dinkar Gawande, Gulki Joshi, Prabhat Sharma, Satyajeet Dubey, Satyajit Sharma, Sheetal Singh, Somesh Agarwal.

Ganpati Visarjan 2020: Auspicious time, muhurat on Anant Chaturdashi and what is Anant Chaudas