With such celebrations taking place all around, it is important to know why is September 5 marked as Teacher's Day. 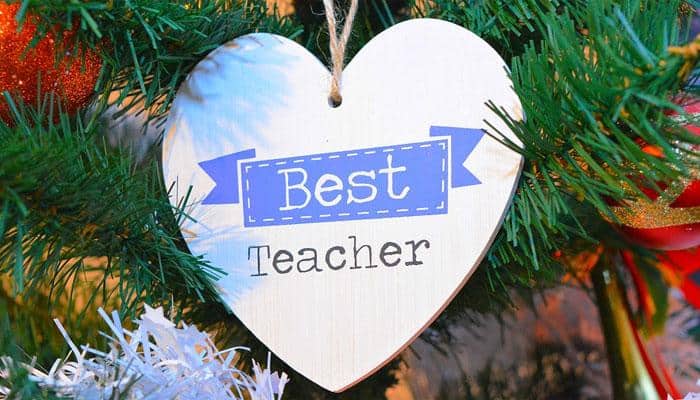 Teachers are the ones who catch us when we fall and give us the most important lessons of life. Perhaps it is a small recognition of their contribution to the society that each year, on September 5, the nation celebrates Teacher's Day.

The day is no less than a festival in schools wherein senior students dress up as teachers and teach junior classes. Celebrations are carried out the entire day and schools are usually decorated along with some special activities planned.

With such celebrations taking place all around, it is important to know when and why was September 5, named as Teacher's Day.

In the year 1962, the first Teacher's Day was celebrated Dr. Sarvepalli Radhakrishnan began serving the nation as the second president. Wondering what is the connection between these two events?

The answer is here - Dr. Sarvepalli had many achievements to his credit. As a teacher, he taught students at Calcutta University and Chennai's Presidency College from the years 1931- 1936. In the year 1936, he became the Spalding Professor of Eastern Religions and Ethics at Oxford, a position he retained for 16 years.

To celebrate his prestigious position as the second president of the nation, several students approached Dr. Radhakrishnan and suggested that his birthday should be celebrated as 'Radhakrishnan Day'.

But the benevolent teacher and Bharat Ratna said that it would be his privilege if his birthday, that is, September 5, is celebrated as 'Teacher's Day'. It is from that day that September 5 has been dedicated to teachers and the entire nation salutes them for their contribution to the society.

Here's wishing A very Happy Teacher's Day to everyone!

Teachers' Day 2019: Here are some videos to dedicate to your mentors—Watch