This year, Tulsi Vivah will be celebrated on November 9, Saturday. According to the Hindu scriptures, all the living beings including plants have a sense of consciousness transfusing in them. 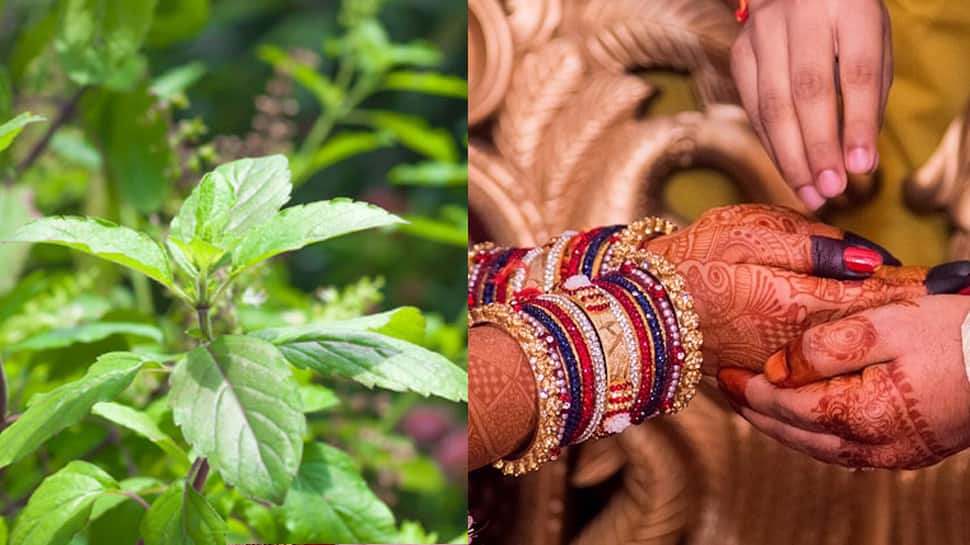 India is a land of traditions and each community has its own set of rituals that are followed with utmost devotion. Tulsi Vivah is celebrated in various parts of India on Ekadashi according to the Hindu calendar in the month of Kartik. The holy marriage of basil plant, known as Tulsi, and Lord Vishnu (Shaligram) is conducted on this day.

According to the Hindu scriptures, all the living beings including plants have a sense of consciousness transfusing in them. Tulsi becomes the best example of this preaching and thus this marriage is considered sacred.

This year, Tulsi Vivah will be celebrated on November 9, Saturday.

Here are the puja muhurat timings as per drikpanchang.com:

For many Hindus in India, Diwali culminates with the commencement of Tulsi vivah. Tulsi vivah marks beginning of Holy wedding season among the Hindus.

It is believed that, this marriage is the symbol of perfect marriage in Indian culture. Tulsi, also known as Vishnupriya, is considered sacred among the Hindus. The holy basil is believed to be the abode of lord Vishnu; and Goddess Laxmi, his consort is worshipped in the form of Tulsi.

A day prior to the vivah, the tulsī-vrundāvan (a special structure in which the Holy basil plant is grown) is painted and decorated. Sugarcane and marigold flowers are offered to the vrundāvan; tamarind and Indian gooseberry (amla) are kept at its base. The marriage ritual is performed in the evening. Preferably, the pooja is conducted sitting westward. It is followed by donating food to the priests, which were restricted in the previous month. It is believed that after the pooja is conducted the surroundings become sattvik (spiritually pure).

There are several legends associated with the Tulsi vivah and its rites are mentioned in the scriptures of Padma Purana. Going by one of the stories described in Hindu texts, Tulsi plant was a woman named Vrinda, a synonym of Tulsi which means incomparable.

She was married to a demon-king named Jalandhar who had pleased Lord Vishnu by his devotion. After being blessed by Vishnu and being granted the boon of remaining invincible, Jalandhar became arrogant and started creating havoc. The Devas were fed up of his actions and requested Lord Vishnu to intervene.

Since there was no other way to annihilate Jalandhar, Vishnu out of exasperation decided to disguise himself as the demon to dupe Vrinda. The only way he could eliminate Jalandhar was by destroying her chastity.

It was only after Jalandhar’s death that Vrinda became aware of the truth. She then cursed Shri Vishnu by saying that he would turn black and become stone-like. This stone came to be known as Shaligram.

Knowing that Vrinda was not at fault, Vishnu assured her that she would be born as Tulsi in her next birth and become his consort.

Hence, people annually perform Tulsi Vivah by getting her married to Shaligram.

Daily Horoscope: Find out what the stars have in store for you today — November 7, 2019