In terms of the 'leave India notice' issued by Ministry of Home Affairs, the woman should have left the country by February 22. 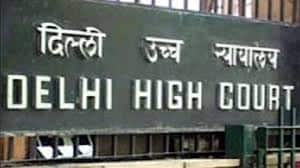 New Delhi: The Delhi High Court Thursday directed a Pakistani woman, against whom there are adverse security reports, to leave India within two weeks. Justice Vibhu Bakhru dismissed the plea of the woman seeking quashing of the government's 'leave India notice' and said that under the principles of law she has no right to stay here.

The 37-year-old woman had come to India in 2005 after marrying an Indian man. She has been residing in Delhi with her husband and two sons -- aged 11 and 5 years. Additional Solicitor General Maninder Acharya and Centre's Standing Counsel Anurag Ahluwalia said there are adverse reports against the woman by security agencies and there was nothing illegal in the notice issued to her.

The court said it has perused the inputs available with the authorities and it was unable to accept the woman's contention that the government's notice was arbitrary. The court held that the woman has not been able to establish any right to stay here.

In terms of the 'leave India notice' issued by Ministry of Home Affairs, the woman should have left the country by February 22. However, the court enhanced the time period and directed her to leave the country within two weeks.

The notice had stated that if she failed to leave India within the stipulated time, action will be taken against her as per law and her entry into the country will be barred in future. The woman and her husband moved the high court seeking a direction to quash the Centre's notice dated February 7.

The court had earlier directed the authorities not to take any coercive steps against the woman till February 28. The woman, in her plea, said she was granted long term visa which was valid from June 2015 to June 2020.

She said she has been living in the city since her wedding but "due to the unlawful action of the respondents, rights, title and interests of the petitioners have been jeopardised without any fault of theirs".