5000 kg 'khichdi' with rice, lentils from Dalit households being cooked for mega BJP rally in Delhi

The khichdi will be distributed among the BJP workers and supporters at the rally which will be addressed by party president Amit Shah. 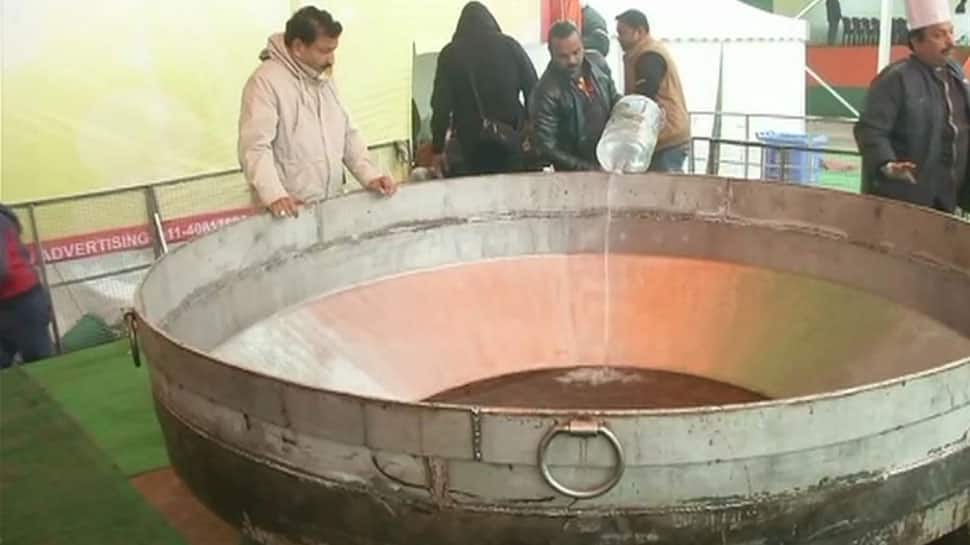 New Delhi: The Bharatiya Janata (BJP) will on Sunday cook 5000 kg of 'khichdi' for 'Bhim Mahasangam Vijay Sankalp' rally scheduled to be held at Ram Leela Maidan. Notably, the rice and lentils have been collected from Dalit households.

BJP's 'khichdi' is all set to be served in Delhi's Ramlila Maidan for Dalits. pic.twitter.com/Hc8JlYZO6D

The khichdi will be distributed among the BJP workers and supporters at the rally which will be addressed by party president Amit Shah.

In November 2017, 800 kg khichdi was prepared at the World Food India event in a bid to create world record and popularise it as brand India food globally. It was cooked by celebrity chef Sanjeev Kapoor.

A giant 'kadhai' (frying pan) of the capacity of 1,000 litres and 7 feet in diameter was used for slow steam-cooking of the khichdi.

A traditional Indian dish relished by both rich and poor, 'Khichdi' is prepared using rice, pulses, coarse cereals and spices.

Light rain in parts of Delhi-NCR, but no relief from air pollution