AAP slams SC ruling on control of services in Delhi, calls it 'unfortunate'

The two-judge SC bench on Thursday delivered a split verdict on the issue. 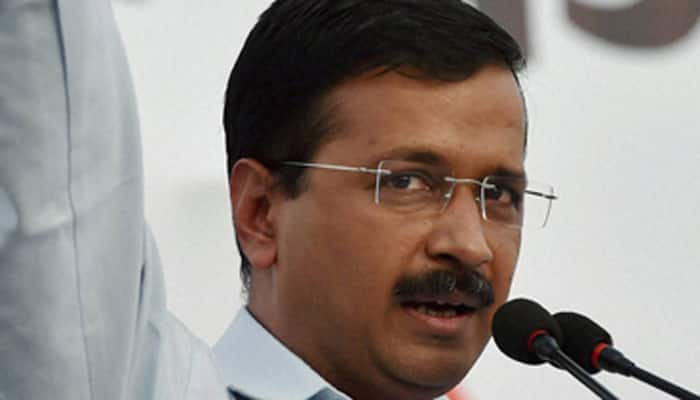 NEW DELHI: Delhi's ruling Aam Aadmi Party (AAP) on Thursday said the decision of the Supreme Court over the issue of transfer and posting of bureaucrats in Delhi is "unfortunate".

Addressing a press conference in the national capital on the issue, ''If a government can't even transfer its officers, how is it supposed to function?'' Delhi CM Arvind Kejriwal said.

''The party that has 67 seats doesn't have the rights but the party who won 3 seats has all those rights,'' Kejriwal added.

Delhi CM Arvind Kejriwal on SC rules in favour of LG in 4 of 6 issues in Delhi vs LG matter: If a government can't even transfer its officers, how is it supposed to function? The party that has 67 seats doesn't have the rights but the party who won 3 seats has those rights pic.twitter.com/c4oogzOqeT

Kejriwal claimed that the Supreme Court's split verdict on the contentious issue of control of services in the National Capital Territory is against "Constitution and democracy".

The AAP chief alleged that the BJP-led central government is creating hurdles in the functioning of the AAP dispensation.

"The judgement is against constitution and democracy. We will seek legal remedies," Kejriwal said, adding it was "injustice to the people" of Delhi.

His party too regretted the SC ruling over the issue.

"The Delhi government completed four years today. Since it was formed, the Centre has been creating hurdles in the works of Delhi government. We were hoping that after four years, the SC will give a clear decision in the case," party spokesperson Saurabh Bhardwaj said.

"But the news we are getting is that no clear decision has been made. Now, the matter is being referred to a bigger bench. It is very unfortunate," he said.

The party MLA also said that the decision was more "unfortunate" for the people of Delhi than it is for the Delhi government.

"There is no clarity till now. Both the judges have different opinions on the transfer and posting matter," he said.

A two-judge bench of the Supreme Court on Thursday delivered a split verdict on the issue of transfer and posting of Delhi government officers.

Justice AKSikri said transfers and postings of joint secretaries and officers above will be in the domain of the Lieutenant Governor, for those below them, the recommendation will be routed through the Council of Ministers of the elected government in Delhi.

However, Justice Ashok Bhushan differed, saying that the Delhi government has no control over appointments. Transfer and appointment of "higher" officers will rest with the Centre, he added.

Bhardwaj said the officers the government is forced to work with are not under their control, adding that it can`t even replace the officers with another.

"How will a government, which does not even have the power to control which officer will do what, will run an entire state?" he added.

AAP chief Arvind Kejriwal took oath as the Delhi Chief Minister on this day in 2015, after sweeping 67 of the 70 Assembly seats here.