While the ruling Aam Aadmi Party (AAP) was earlier confident that their work in the city in the areas of health and education would be the driving force in the capital`s upcoming assembly polls, with the Delhi air quality deteriorating sharply, however, the opposition BJP and the Congress hope to make election capital out of the pollution issue. 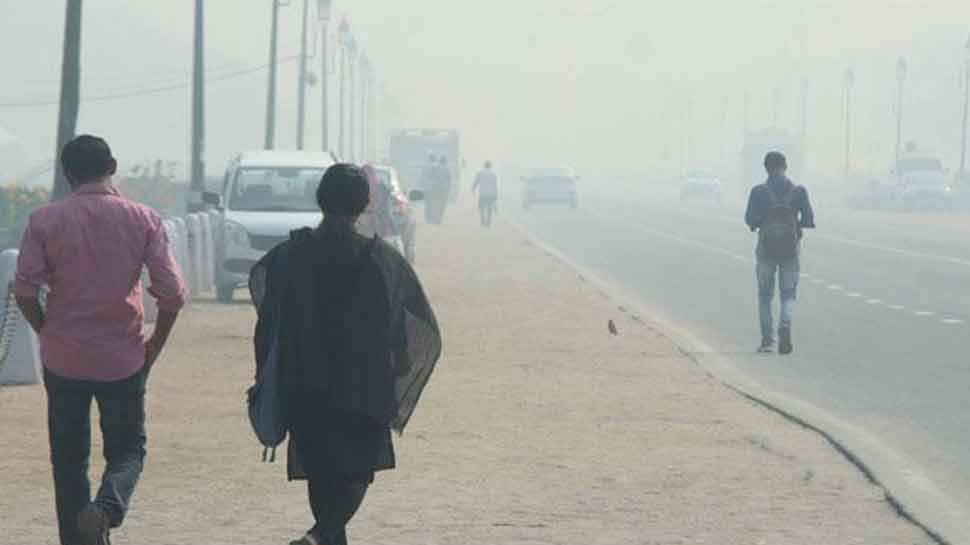 New Delhi: While the ruling Aam Aadmi Party (AAP) was earlier confident that their work in the city in the areas of health and education would be the driving force in the capital`s upcoming assembly polls, with the Delhi air quality deteriorating sharply, however, the opposition BJP and the Congress hope to make election capital out of the pollution issue.

The air pollution in the city became so toxic after Diwali festivities that the Environmental Pollution (Prevention and Control) Authority (EPCA) had declared a public health emergency in the Delhi-NCR and had advised people, especially children and the aged, to limit their exposure to the environment.

While the AAP has blamed the stubble burning in neighbouring states for the high toxicity in the air, the opposition has blamed the ruling party for not taking concrete steps to control the air pollution.

The Delhi unit of the Congress party is reminding the people the steps taken by the previous Sheila Dikshit-led government in her 15-year term to control pollution.

Delhi Pradesh Congress Committee President Subhash Chopra has blamed both the BJP at the Centre and the AAP in Delhi for the pollution.

He said air pollution is a 365-day problem, which is becoming a major public health emergency.

"The time has come when we have to fix accountability for this kind of situation which has arisen and is destroying right to life itself," he said.

Chopra also said that the AAP should come clean and inform the people about the steps it has taken to prevent pollution in Delhi, adding the "BJP government at Centre should have also sprung into action to deal with the crisis."

The Congress has already hit the streets and has started protests against the BJP and the AAP for air pollution. They held a demonstration outside the residence of Delhi Chief Minister Arvind Kejriwal as well, saying the severe pollution in Delhi is due to the inaction and failure of the AAP government and the BJP Government at the Centre and in the Municipal Corporations of Delhi.

The Congress has trained its guns on the AAP, saying the Delhi Transport Corporation (DTC) had a fleet of 5,445 buses in 2012-13 when it was in power in the state, but the DTC fleet has come down to 3,600 buses by 2019 during the AAP Government.

Chopra said the Kejriwal government has not only delayed Delhi Metro construction works but has also failed to add new buses to the depleted DTC fleet. The grand old party also said that under the late Shiels Dikshit, Delhi emerged as the greenest capital in the world.

The AAP has been confident that its work done in the fields of health and education will be the driving force for the elections.

Not just the Congress, the BJP too is attacking the AAP over the air pollutions.

Delhi BJP President Manoj Tiwari claimed that the BJP government at the Centre had arranged construction of the Delhi Meerut Expressway. "We ensured that the pollution is under control and so we kept 60,000 cars away from Delhi," he said.

"Pollution has reached such level that it has become difficult to breathe in the open air. The Chief Minister of Delhi has not been able to control dust pollution and pollution due to construction work and repair of roads, but he is trying to mislead the people by accusing other states of stubble burning to cover up his own failures," Tiwari said.

Slamming the Kejriwal government, he said the people had given a massive mandate to the AAP so that it may be able to solve their problems.

"What to talk of solving the problems, the Chief Minister is misusing the public funds to promote himself. Why this government has not utilized 1,500 crore of environment cess for controlling pollution. Had proper steps been taken such a crisis may not have arisen," he added.