Delhi Metro opened the entry and exit gates of 18 of the 20 stations that were shut down since Thursday morning as a precautionary measure in view of the anti-CAA protests raging in different parts of the national capital. 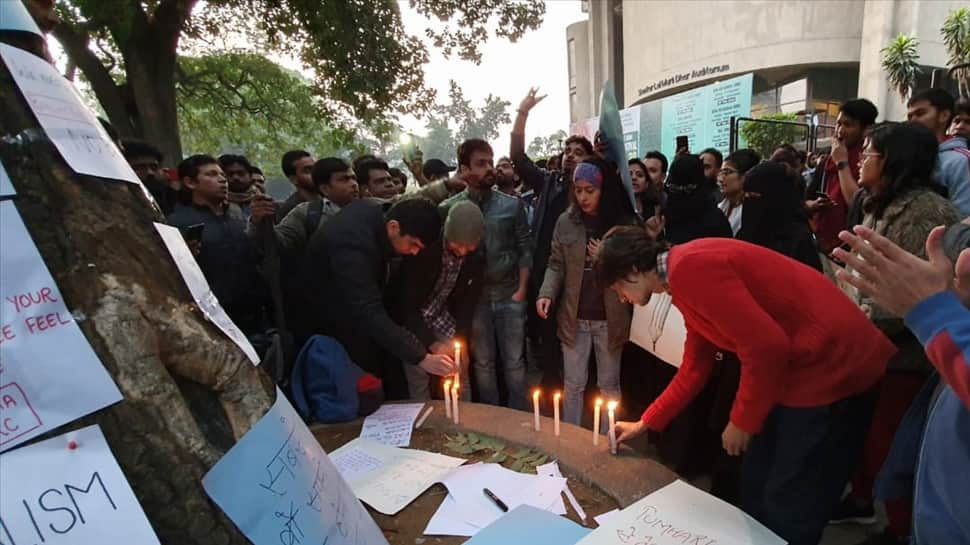 New Delhi: Leading mobile service operators, including Jio, Airtel, VodafoneIdea, BSNL, MTNL, resumed mobile, SMS and internet services in those parts of the national capital where these services were specifically shut down on police orders on Thursday due to ongoing anti-CAA protests. The mobile and internet services were restored after the period of restriction (1 PM) got over.

Leading mobile service operators said that they will abide by the orders passed by the authorities and accordingly all communications from voice, SMS and internet were shut down till 1 pm.

This was done on the directions of the Deputy Commissioner of Police, Special Cell in view of the prevailing law and order situation amid the protests over the Citizenship Amendment Bill. Operators said since no further instructions have come from the government and the earlier order was till 1 pm, so they have resumed the services.

Services were now available at all key points - the walled city areas of north and central districts, Mandi House in central Delhi, Seelampur, Jafrabad and Mustafabad in east Delhi, Jamia Nagar and Shaheen Bagh in south Delhi and Bawana, where the shutdown was specifically ordered.

Amid heavy protests against the Citizenship Amendment Act in multiple states, including the national capital Delhi, mobile internet services were ordered shut down in some parts of the city. Telecom operators were instructed to shut down voice, Internet, and SMS services in parts of Delhi. User reports initially claimed internet services were blocked in Seelampur, India Gate and ITO areas.

Meanwhile, Delhi Metro opened the entry and exit gates of 18 of the 20 stations that were shut down since Thursday morning as a precautionary measure in view of the anti-CAA protests raging in different parts of the national capital.

The stations where entry and exit gates have been opened are Rajiv Chowk, Vishwavidyalaya, Patel Chowk, Central Secretariat, Udyog Bhawan and Lok Kalyan Marg, the Delhi Metro said in a tweet.

In all, Delhi Metro had shut down services in 20 metro stations over the course of the day with both entry and exit closed and trains not stopping at these stations. However, interchange facility at the Rajiv Chowk, Mandi House and Central Secretariat stations was allowed.