Refuting BJP's charge, AAP has said that Delhi CM has gone to attend a family function of his batchmate. 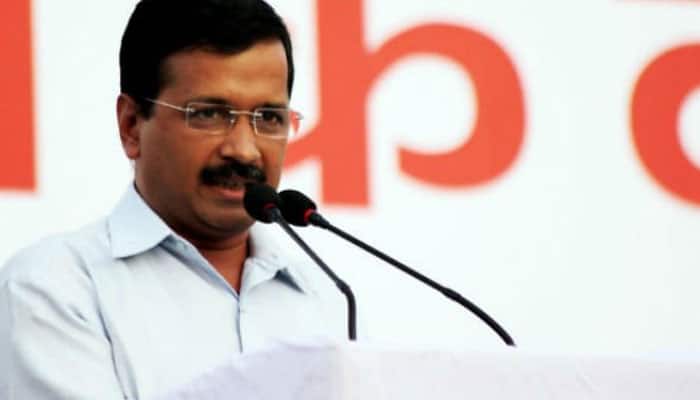 NEW DELHI: The BJP has attacked Delhi Chief Minister Arvind Kejriwal over his "secret trip" to Dubai and alleged that the Aam Aadmi Party (AAP) chief has gone there to convert the black money into white.

The BJP also accused Kejriwal of neglecting the people of the city at a time when the air quality in the national capital is under 'severe' category.

The AAP party, however, refuted the BJP's charge and said that the Chief Minister has gone to attend a family function of his IIT batchmate.

"The people of Delhi are crying due to pollution - it has become difficult to breathe. But you are on tour of Dubai with family members. Is it right Chief Minister Kejriwal?" asked Delhi BJP chief Manoj Tiwari in a Hindi tweet.

"A signature deal is going on to convert the black money into white in the name of party donations. The people of Delhi will not forgive you," Tiwari alleged.

The BJP MP from North-East Delhi said Kejriwal spends the money of Delhi on political expansion in other states and visits foreign countries to convert "black money into white".

"Recently Delhi's Health Minister Satyendra Jain had also gone to Dubai for a week but nobody was informed about his tour. It shows some conspiracy is being hatched," Tiwari alleged.

"Kejriwal is busy in exchanging the hawala money which was collected in the name of party funds," he alleged.

Echoing Tiwari's claims, BJP MLA and leader of Opposition in the Assembly Vijender Gupta said, "Kejriwal left for Dubai on November 8 by an Air India flight. AAP is trying to hide his trip."

Later, AAP leader Raghav Chadha at a press conference said, "All such charges against Kejriwal are wrong. He has gone to Dubai to attend a family function of his IIT batchmate," he said.

The pollution level in the national capital had fallen under the "severe" category on the air quality scale on Saturday.

The seasonal burning of crop stubble and smoke from fireworks let off to celebrate the Hindu festival of Diwali on November 7 had aggravated already high smog levels in the past few days from vehicle emissions, industrial gases and construction work.

Environmental activists say residents need to be more vocal about holding political leaders to account over the pollution.

"Public pressure has to be much sharper and demand compliance. Directions, policies have been issued but a stringent implementation is needed," said Anumita Roychowdhury, an executive director at the Centre for Science and Environment, a think-tank.

Environment Pollution (Prevention and Control) Authority has banned all construction activity and ordered the use of sprinklers in the city until November 10, among other measures. On Saturday, it indicated the measures would be extended until Monday.

The city government has banned heavy vehicles from entering Delhi until Sunday and it was not clear if that order would be extended. It had also urged drivers to avoid using private diesel-powered vehicles until Saturday, but there has been no ban.