COVID-19 situation in Delhi improving; here's how AAP government is defeating the pandemic

The Arvind Kejriwal-led AAP government in Delhi has taken a slew of measures to control the spread of deadly coronavirus in the national capital and its efforts have now started yielding positive results. 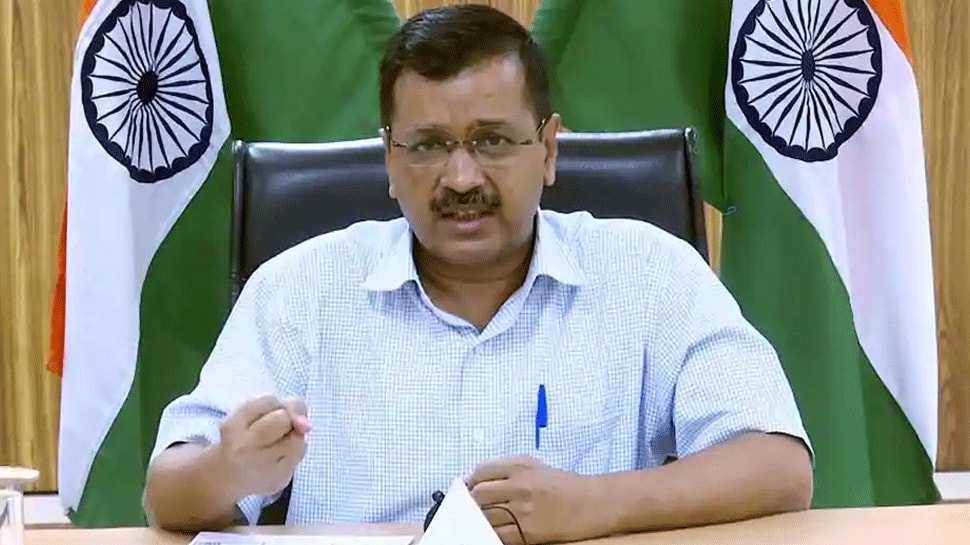 NEW DELHI: The Arvind Kejriwal-led AAP government in Delhi has taken a slew of measures to control the spread of deadly coronavirus in the national capital and its efforts have now started yielding positive results.

While the nationwide lockdown announced in March helped contain a rapid spread of the COVID-19 virus, it brought with it other socio-economic crises with people losing their jobs, daily wage earners being left with no means to earn a living, migrants being stranded without food and shelter and an acute fall in government revenues. It was clear that a lockdown couldn’t be a long-term strategy and the economy would need to be gradually opened up.

Unlock 1.0, announced by the Central Government, which started on June 1 did begin to pick up the economy, but brought with it difficulties for Delhi. In the first week of June, Delhi started witnessing a rising number of cases, a rising number of deaths and because of these a rapidly rising panic amongst the citizens of Delhi. So, here’s how AAP government is defeating the deadly pandemic.

Controlling the number of cases

The key to controlling the number of cases is a strategy of aggressive testing and isolation. Only if COVID positive patients and their high-risk contacts can be isolated and quarantined, can the spread of the disease be reduced.

The Delhi government aggressively promoted Home Isolation of COVID- patients who were asymptomatic or had mild symptoms. These constitute almost 80% of all COVID-positive cases. After a visit of a medical team to their homes explaining Home Isolation, regular monitoring and guidance was done with daily phone calls from healthcare workers. This meant that patients could recover in the comfort and emotional security of their homes. Their family members could also be quarantined in the same house for 2 weeks and this ensured that they did not become spreaders.

An important component of Delhi government's COVID-19 management programme was the public awareness campaign that the government ran on ‘Home Isolation’, which made people realise that they could recover in their own homes.

Even more importantly, this awareness campaign helped reduce the stigma around being COVID-positive. This normalisation of being COVID-positive and the confidence that patients could recover in their own homes, made it possible for the Delhi Government to pursue an aggressive testing strategy.

Delhi was following a strategy of high testing from the very start. Even before the end of June, Delhi was testing more than any other state in India at about 10,500 tests per million on May 31. Once the stigma around being a Corona patient was successfully reduced, it was possible to further ramp up testing.

From the first week of June, a strategy of aggressive testing was started, with a focus on areas that were becoming hotspots. In the first week of June, the Delhi Government was conducting 5,500 tests per day. With the help of Centre’s support in providing antigen test kits, by mid-June, this figure stood at 11,000 tests per day and by the first week of July at 21,000 tests per day. While increased testing seemed to increase the number of cases, what it meant was that COVID positive patients were now being traced and isolated in a timely manner. With thousands of patients and their families being isolated every day, within a fortnight the success of this strategy was visible. As a result of this, 'Active Cases’ began to plateau despite high testing, from 16 June onwards and ‘New Cases’ began to sharply decline 23 June onwards.

As cases began to rise in Unlock 1.0, there began a spread of panic, especially through social media. Several measures were taken to reduce this panic and build public confidence –

Till early June, there were only 8 private hospitals that were treating Corona patients and these had a sum total of 700 beds available. This was in addition to 2500 beds in
Delhi Government hospitals.

When several cases came to light of patients going from one hospital to another, the government realised that the problem was also the availability of information. More than 1000 beds were available even in the first week of June, but the patients and their families did not know which were the hospitals where these beds were available. It was then that the Kejriwal government became the first in the country to launch ‘Delhi Corona App’ that displayed real-time availability of beds in every hospital of the city.

As hospitals got into the rhythm of using the App, bed availability started being displayed on a real-time basis. So now every Delhi-ite had the information about the nearest hospital, how many beds they had available as well as a 24x7 dedicated helpline number for each hospital.

Counselling of Corona patients by doctors

The list of COVID positive patients is provided by the testing labs to ICMR which give it to the Delhi Government Health Dept; and from the Health Department to the District Surveillance teams who reach out to patients and assign them to Home Isolation, Quarantine centres or move them to hospitals depending upon their condition.

Delhi Govt collaborated with a network of NGOs and Doctor-volunteers who started real-time calling and counselling of COVID-positive patients, as soon as their lab reports got uploaded. This meant that a COVID-positive patient was able to get medical advice and counselling within hours of getting their lab reports. When doctors counselled them and explained how most Corona patients do not need hospitalisation, patients were able to cope with the psychological and emotional trauma of their COVID-positive status, without panicking.

COVID-19 has a 2-5% mortality rate across the world. In the absence of a vaccine for this virus, it may not be possible to bring the mortality rate down to zero, but proper patient and facility management can lead to a reduction of mortality and this is exactly the strategy that has been followed in Delhi.

The focus of the Delhi Government was on ensuring that the patients who had mild symptoms could recover at home, so that hospital facilities remained available for serious and critical patients. A close watch was also kept on patients to ensure a swift transition to hospitals in case of escalating symptoms. The objective was to reduce deaths by preventing mild and moderate patients from becoming severe and preventing severe patients from getting into critical condition.

Throughout the pandemic the Chief Minister himself has kept a direct engagement with the people of Delhi - be it explaining Home Isolation, how oximeters work, why plasma should be donated, how hospitals beds are being increased.

This engagement has meant that the people of Delhi have always been informed by a trusted voice about where the city stands in its ability to confront the Coronavirus. This engagement has also been important because controlling a pandemic requires a change in people’s behaviour; and change in
behaviour comes from being informed of facts in a credible manner however difficult they may be.

Instead of relying only on the government machinery to manage this pandemic, the Chief Minister, Arvind Kejriwal, aggressively reached out to different stakeholders to contribute in this fight.