While the overall Air Quality Index (AQI) in Delhi was recorded at 626 at 10:45 am on Sunday, at some parts of the national capital, the pollution level breached the 'shocking' 900-mark. 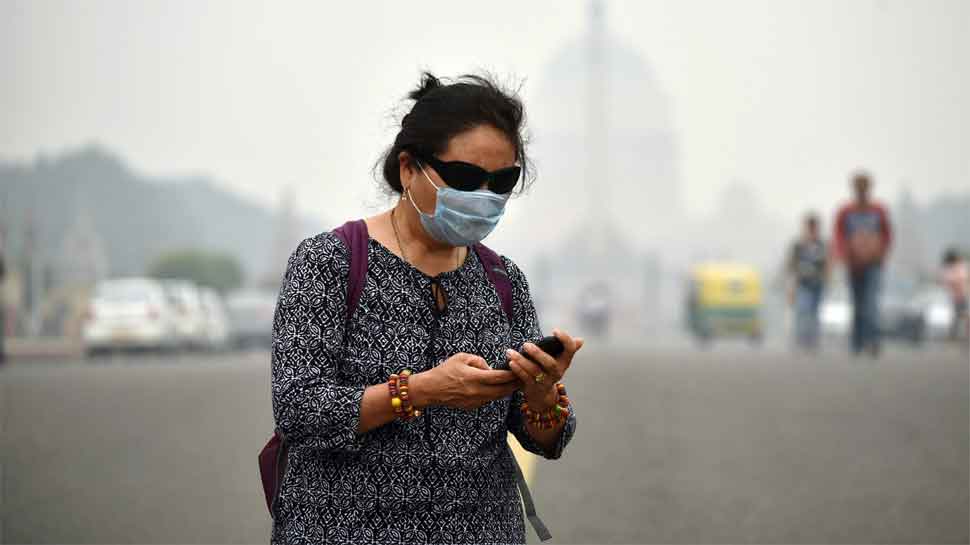 New Delhi: Residents of Delhi-NCR woke up to mild showers in different parts of the region on Sunday morning but the mild rainfall failed to bring any respite from severe air pollution that has been choking the national capital and surrounding regions for the past several days. In fact, the change in the weather caused due to light shower and the high wind has adversely affected the air quality, with pollution level going several notches high.

The strong wind coming from Punjab and Haryana since Saturday evening, is believed to be carrying remnants of stubble burning, thus increasing pollution further and reducing the visibility. As per climate experts, the Sunday morning rain was too little to affect the pollutants in the air. As per a weather forecast agency, the Delhi-NCR region is expected to witness rain on November 7, which will improve the situation.

While the overall Air Quality Index (ACI) in Delhi was recorded at 626 at 10:45 am on Sunday, at some parts of the national capital, the pollution level breached the 'shocking' 900-mark. At Bhawana, the AQI touched 939, while it 900 and 986 in Alipur and Narela respectively.

All schools in Gurugram and Gautam Budh Nagar have been ordered to remain shut till November 5 in view of the alarming situation.

Saturday's total AQI in Delhi was 402 at 8 pm. This comes just days after the Delhi government asked the authorities to force shut all schools in the state, imposing a ban on all construction activities and declaring a public health emergency. The AAP government has also announced to roll down the odd-even scheme starting November 4, in view of the rising pollution in the air,

Experts have advised to wear face masks during outdoor exposure and limit outdoor activities to a minimum. Outdoor exercise and ventilation are not recommended.