The blaze broke out in the wee hours on Tuesday. 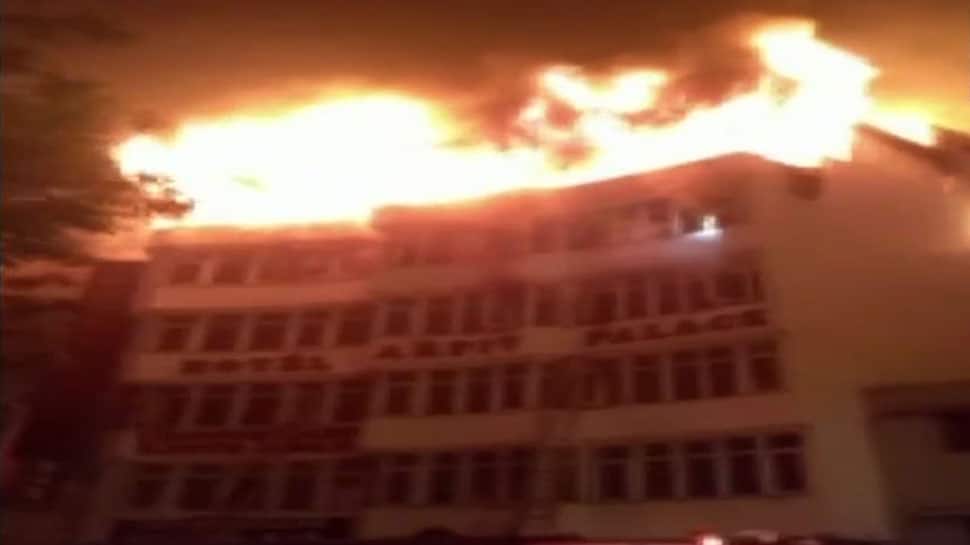 New Delhi: At least 17 people died after a fire broke out in Hotel Arpit Palace in Delhi's Karol Bagh. The blaze broke out in the wee hours on Tuesday.

As many as 30 fire tenders were pressed to carry out the rescue operation. According to the fire department, seven men, a woman and child died in the blaze.

The has been doused and the bodies are being taken out of the hotel. According to the eyewitnesses, many people are still feared trapped inside the hotel.

Deputy Chief Fire Officer Sunil Choudhary said, "The fire has been doused. We have to look for bodies, if any, inside the hotel. Those injured have been sent to the hospital. Two hotel staff members had jumped from the fourth floor of the hotel in an attempt to save themselves. The status of the staff who jumped is yet to be known."

Around 25 people have been rescued so far. The rescue operation is underway.

Fire Officer Vipin Kental said, "The cause of the fire yet to be investigated. 30 fire tenders had rushed to the spot. The rescue operation is over. There was wood panelling on the corridor because of which people couldn't use corridors to evacuate; two had jumped off the building."