The letter has been written by Delhi Home Minister Satyendar Jain to Lt Governor Anil Baijal with Arvind Kejriwal government's recommendations in the case.

New Delhi: The Arvind Kejriwal-led Delhi government on Sunday ''recommended" to reject the mercy petition filed by one of the convicts in the infamous 2012 Nirbhaya murder case. In its letter to the Lt Governor, the Delhi government said that it "strongly recommends'' rejection of the mercy plea of Vinay Sharma - one of the Nirbhaya rape case convicts.

The letter has been written by Delhi Home Minister Satyendar Jain to Lt Governor Anil Baijal with Arvind Kejriwal government's recommendations in the case.

In his letter, the Delhi Home Minister said, "This is the most heinous crime of extreme brutality and where exemplary punishment should be given to the appellant to deter others from committing such atrocious crime. There is no merit in the mercy petition and I strongly recommend for rejection." 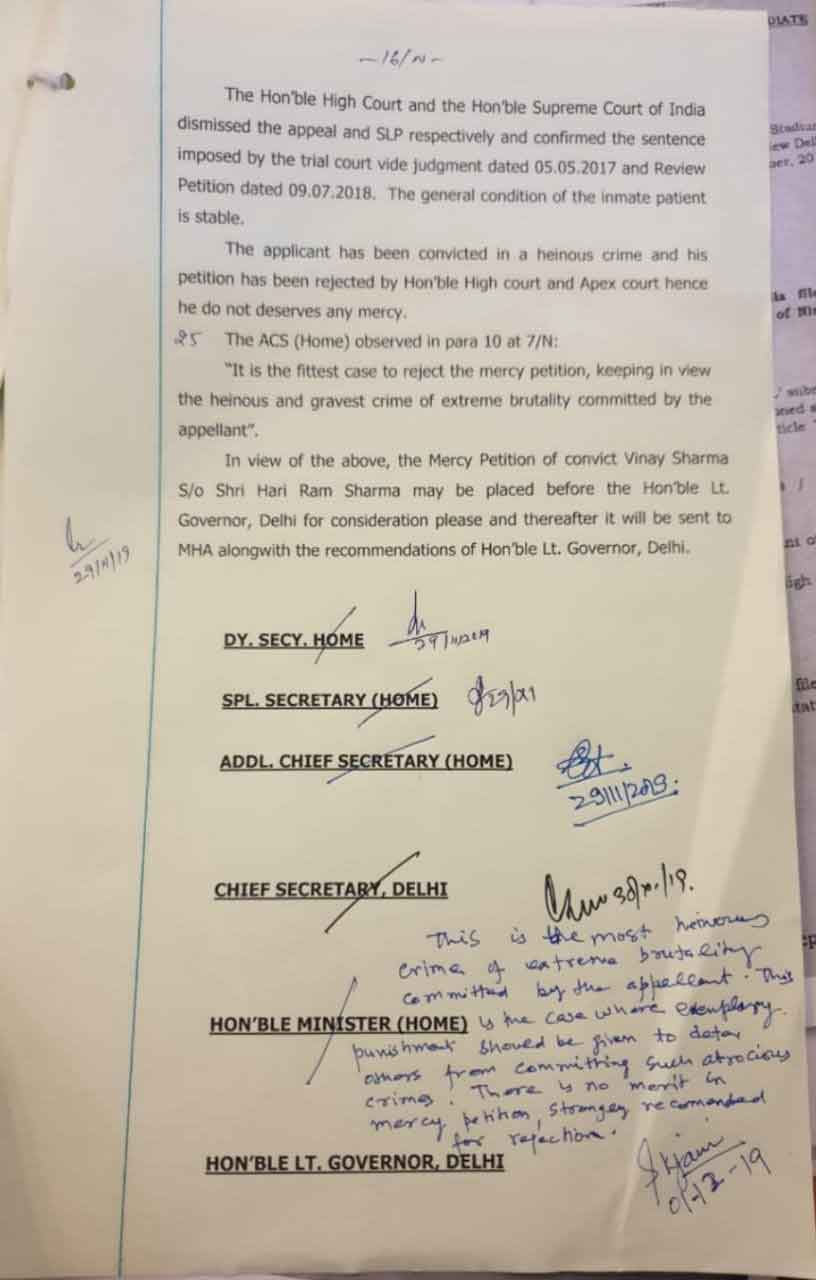 As the petition has been rejected by the government, it will now go to the Rashtrapati Bhawan for the President's consideration.

The petition had been forwarded to the home department of the Delhi government by the authorities of Tihar Jail.

On Saturday, a Delhi court observed that the "human rights of the victims are equally as important as that of the accused".

Additional Sessions Judge Satish Arora said, "If we are conscious of the human rights of the accused persons, we should also be concerned about the rights of the victims."

In June this year, the parents of the young medical student moved the Patiala House Court, urging the court to expedite the execution of the four convicts. Initially, three of the four convicts had demanded a review of the death penalty which was awarded to them. However, an SC bench comprising the then Chief Dipak Misra, Justices R Banumathi and Ashok Bhushan upheld the death penalty.