Delhi NCR wakes up to rain, hailstorm likely in some parts of the capital 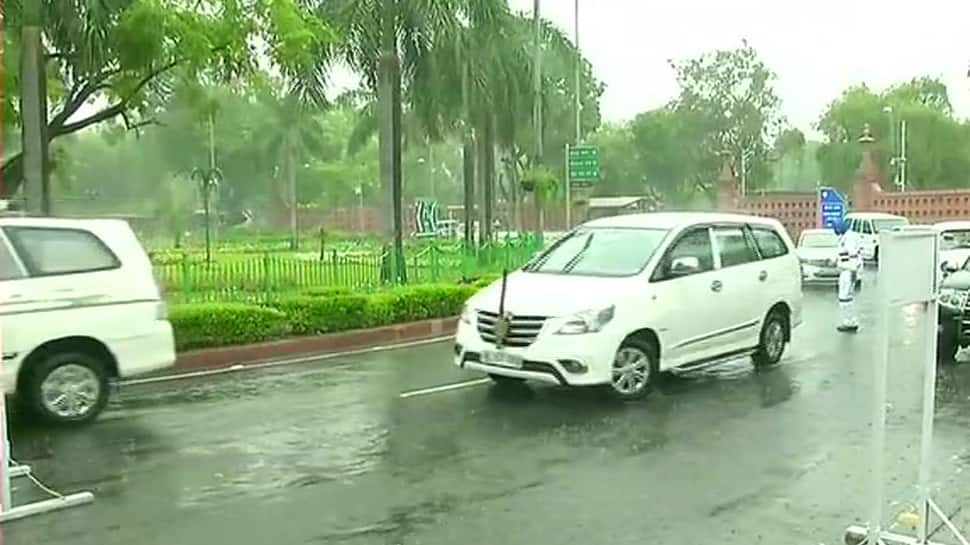 NEW DELHI: Light drizzle to heavy rains were experienced in parts of the National capital Region on Sunday. The minimum temperature in Delhi was recorded at 11 degrees Celsius. The Meteorological (MeT) Department said warned of a possibility of a hailstorm in the region. Light spells of rain and thundershowers accompanied with gusty winds will also continue intermittently.

There is a forecast of cloudy skies with light rainfall. "There is a possibility of thundershower and hailstorm at isolated pockets of Delhi," the official said.

The Met department has also said that the temperature is expected to dip in the next four to five days. This comes a day after the national capital recorded the coldest day of March in four years at 13 degrees Celsius on Saturday.

Fresh rainfall and winds have brought some respite from air pollution but the AQI was recorded at 142 in the "moderate" category, according to SAFAR.

Rains were also recorded in several parts of Northeast including Assam and Arunachal Pradesh. South Indian states will experience drizzling along with thunderstorm, reported Skymet.