Delhi wakes up to fog, 12 trains running late due to low visibility

The daily minimum temperature was below normal on 26 days during December 2018. 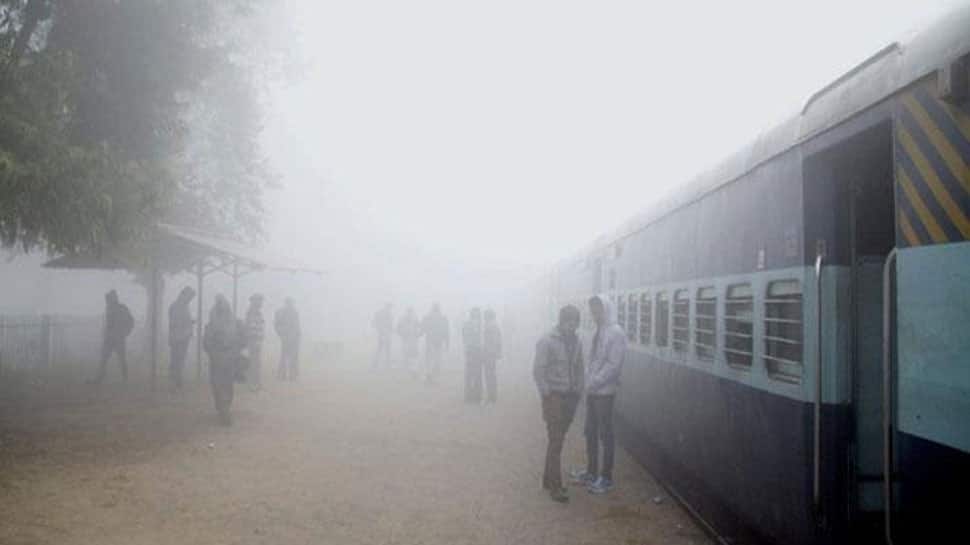 New Delhi: As Delhi woke up to a moderate fog condition enveloping the city on Wednesday, as many as 12 trains to the national capital have been running late due to fog and low visibility. The Meteorological Department on Tuesday said that Delhi recorded an average minimum temperature of 6.7 degrees Celsius in December 2018, the third lowest in the last 50 years.

The weather department added that the fog coverage data at Indira Gandhi International Airport (IGIA) in Palam showed it was the clearest month in the last 22 years in terms of visibility.

The lowest minimum temperature ever recorded in Delhi is 0.0 degrees Celsius on December 27, 1930.

The average maximum temperature during December was 23 degrees which was normal for the month.

The fog coverage data (hours) at IGIA, Palam showed that it was the clearest month in the last 22 years in terms of visibility.

Fog hours (shallow to very dense) during the month were only 145 against normal of 300 hours. Dense fog conditions were also subdued with just two nights of 9 hours against normal of 9 nights and of 45 hours, the IMD said.