GRAP is a set of anti-pollution measures that come into force in Delhi and its vicinity towns according to the severity of the situation. 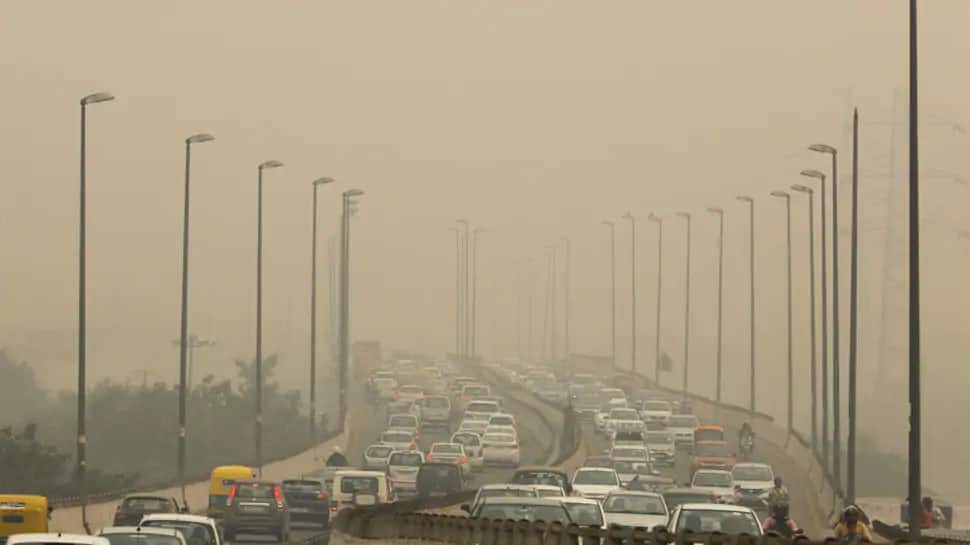 "DPCC hereby bans the operation of generator sets of all capacities, run on diesel, petrol or kerosene in Delhi with effect from October 15 till further orders, excluding those used for essential or emergency services," an official order read.

GRAP is a set of anti-pollution measures that come into force in Delhi and its vicinity towns according to the severity of the situation. It was notified by the Ministry of Environment and Forests in 2017 for implementation through the Supreme Court-mandated Environment Pollution (Prevention and Control) Authority.

The measures under GRAP, which was first implemented in Delhi-NCR in 2017, include increasing bus and metro services, hiking parking fees and stopping use of diesel generator sets when the air quality turns poor. When the situation turns "severe", GRAP recommends closure of brick kilns, stone crushers and hot mix plants, a sprinkling of water, frequent mechanised cleaning of roads and maximising power generation from natural gas.

The measures to be followed in the "emergency" situation include stopping the entry of trucks in Delhi, ban on construction activities and introduction of the odd-even car rationing scheme.

EPCA, however, had earlier told Delhi, Haryana, Rajasthan and Uttar Pradesh that they "should try and avert the need to take other emergency measures for pollution control as the economy is already under stress post-lockdown. Therefore, our combined effort is to ensure that there is no further disruption".

The national capital's air quality was recorded in the poor category on Wednesday morning, even as pollution levels dipped slightly. According to the Ministry of Earth Sciences' Air Quality Early Warning System for Delhi, the air quality is likely to improve to the moderate category by Thursday.

The city recorded an air quality index (AQI) of 274 at 10:30 am. The 24-hour average AQI was 300 on Tuesday. The AQI had hit very poor levels on Tuesday morning and stood at 306 at 11 am, which was the worst since February. Thereafter, the pollution levels dipped slightly due to an improvement in the ventilation index.

Low temperatures and stagnant winds allow accumulation of pollutants near the ground, affecting air quality. According to a senior scientist at the India Meteorological Department, the surface wind direction will be easterly and the maximum wind speed will be 10 to 12 kilometres per hour on Wednesday, which is not favourable for the transport of smoke from farm fires in Haryana and Punjab.

"The ventilation index is likely to be 6,000 sqm/second on Wednesday and Thursday," he said. On Wednesday morning, the minimum temperature was 23.7 degrees Celsius. With Delhi-NCR bracing for months of poor air quality, experts have warned that high levels of air pollution can aggravate the COVID-19 pandemic.

Severe air pollution in Delhi is a year-round problem, which can be attributed to unfavourable meteorological conditions, farm fires in neighbouring regions and local sources of pollution. According to an analysis by the Council on Energy, Environment and Water, a Delhi-based think tank, transportation contribute the most -- 18 to 39 per cent -- to Delhi's air pollution.

Road dust is the second-largest source of air pollution in the city (18 to 38 per cent), followed by industries (2 to 29 per cent), thermal power plants (3 to 11 per cent) and construction (8 per cent). This year, the Delhi government has launched a massive anti-air pollution campaign --'Yuddh Pradushan Ke Viruddh' -- which is being led by Chief Minister Arvind Kejriwal and Environment Minister Gopal Rai.

A green war room with a 10-member expert team has been set up at the Delhi Secretariat to monitor the steps being taken to deal with high levels of air pollution in winters. The environment department has also taken stern action against project proponents at large construction and demolition sites flouting dust control norms.

Starting Thursday, stricter measures to fight air pollution will also come into force in Delhi and its neighbourhood as part of the Graded Response Action Plan, which was first implemented in Delhi-NCR in 2017. The measures under GRAP include increasing bus and metro services, hiking parking fees and stopping use of diesel generator sets when the air quality turns poor.

The measures to be followed in the "emergency" situation include stopping the entry of trucks in Delhi, ban on construction activities and introduction of the odd-even car rationing scheme.