The Supreme Court-appointed agency had recommended the ban after air quality in Delhi and NCR turned ''severe''. 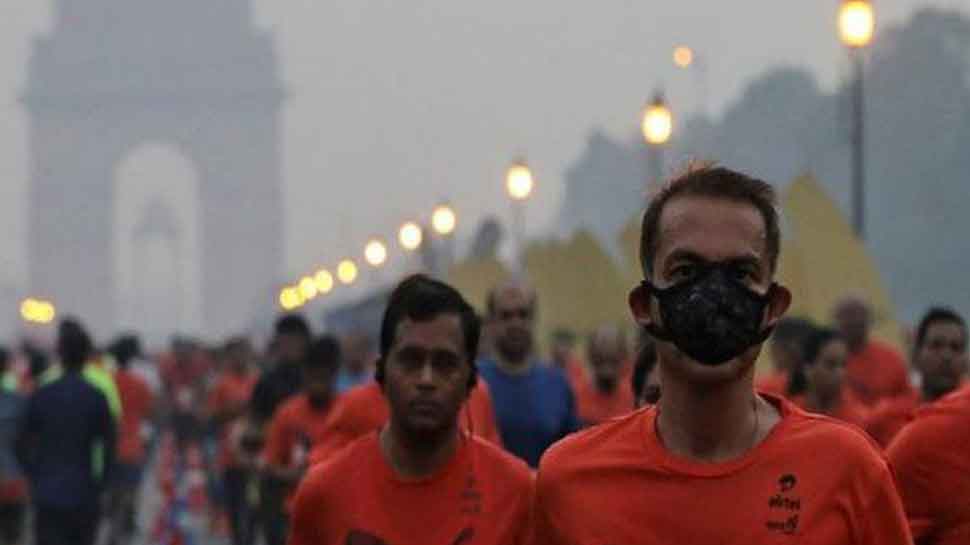 NEW DELHI: The Environment Pollution Control Authority (EPCA) on Thursday extended the ban on construction activities, industries using coal and biomass and the entry of heavy goods carriers till November 2 due to the persisting pollution levels in the National Capital Region.

The EPCA had earlier banned the construction and operation of hot mix plants and stone crushers from 6 pm to 6 am from October 26 and 30.

The Supreme Court-appointed agency had recommended the ban after air quality in Delhi and NCR turned severe. 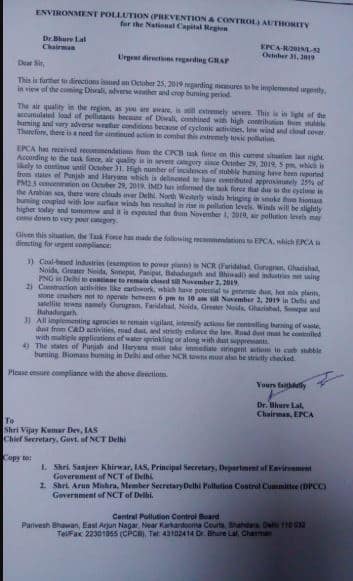 The air quality in Delhi and NCR had deteriorated post-Diwali despite less burning of firecrackers this Diwali.

Central Pollution Control Board (CPCB)-led anti-pollution task force had on Wednesday recommended extending the ban on night-time construction in Delhi-NCR till November 2 and asked Punjab and Haryana to take immediate stringent action to curb stubble burning.

In Delhi, industries which have not shifted to piped natural gas, should remain closed during the period, read the minutes of the meeting.

At least forty-six teams of the apex anti-pollution body have been conducting inspections in Delhi-NCR.

Authorities in Delhi-NCR reported 1,452 cases that led to air pollution from October 7 to 27, according to data from CPCB.

Of the total 1,452 violations, 446 related to pollution due to construction and demolition and 355 dumping of waste.

Meanwhile, terming the AAP`s proposed protest against stubble-burning in the national capital an obvious political stunt with an eye on the upcoming Assembly elections there, Punjab Chief Minister Amarinder Singh lashed out at his Delhi counterpart Arvind Kejriwal over his "brazen lies on the grave issue of air pollution".

"The air pollution in the capital was directly related to the rampant construction activity, widespread industrialisation and total mismanagement of the city traffic," he said, hitting out at Kejriwal for "trying desperately to divert public attention from his own government`s failures by indulging in such outright lies".

"By blaming others for his own lapses, Kejriwal was showing signs of his poor leadership."

Describing Kejriwal as a "shameless liar", Amarinder Singh accused him of resorting to political gimmickry after failing to seriously address the pollution problem in Delhi in the past five years.

The sudden spike in pollution levels in Delhi post Diwali was quite evidently linked with firecrackers, which Kejriwal and his government failed to control despite the Supreme Court`s directives in this regard, he said, pointing out that the national capital`s PM2.5 concentration had, as per reports, actually been lower this year than in the past.