Rakesh Tikait had on Tuesday said that media houses will be the next target and will suffer if they do not support farmers’ protests. 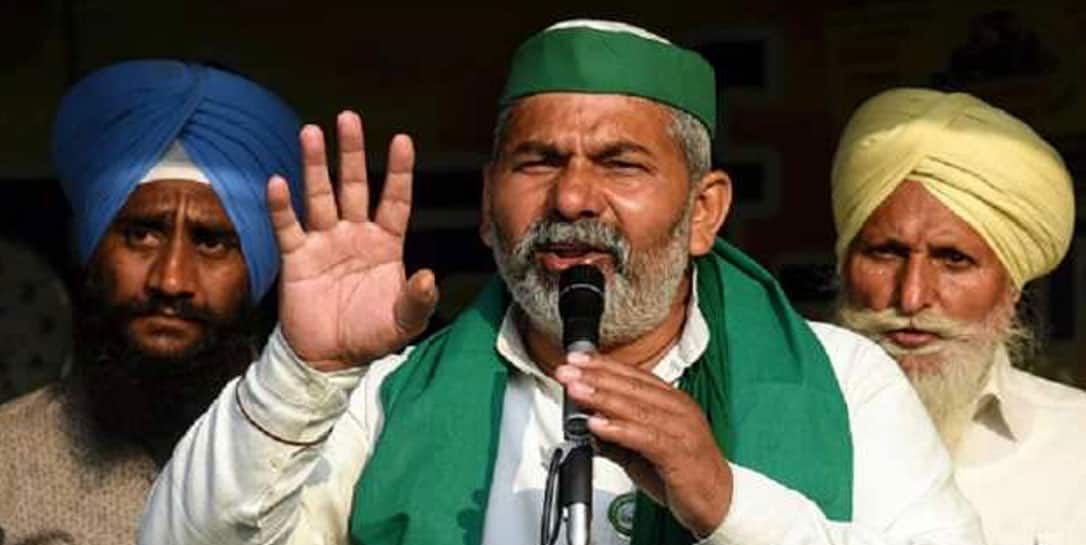 Raipur: Bharatiya Kisan Union leader Rakesh Tikait has said that the government has been lying to the media that it is open to dialogue on the issue of ongoing farmers agitation.

Addressing a press conference here, Tikait said, "Government lies to media that it is open to dialogue but farmers are not. They want to hold conditional dialogue, in which farmers will not participate. They said farm laws would not be rolled back. It means they have already drafted the agreement and farmers just have to sign it."

Govt lies to media that it's open to dialogue but farmers aren't. They want to hold conditional dialogue, in which farmers won't participate. They said farm laws won't be rolled back. It means they've already drafted the agreement &want farmers to just sign it: Rakesh Tikait, BKU pic.twitter.com/ifrWQp3NLL

Asked about his statement against media, Tikait said, "I had said something yesterday which was misinterpreted. I actually meant that the next target of the Centre is media houses. We have never said anything against media."

Rakesh Tikait on Tuesday had said media houses will be the next target and will suffer if they do not support farmers’ protests.

"Everyone should join us. The next target will be media houses. If you want to be saved then join us, else you will also suffer. We will raise the issues of (farmers from) Chhattisgarh. The biggest problem is of MSP in the country. We will raise this issue. We will talk about how vegetable farmers of state can be benefited more and what policies need to be made for them," Tikait told mediapersons after arriving in Raipur.

Earlier on Monday, a call for `Bharat Bandh` was given by several farmer unions in protest against the three farm laws introduced by the Centre last year. Rakesh Tikait had termed Bharat Bandh`s call a "success" and claimed that the people supported the shutdown in large numbers.

Farmers have been protesting at different sites since November 26 last year against the three enacted farm laws: Farmers` Produce Trade and Commerce (Promotion and Facilitation) Act, 2020; the Farmers Empowerment and Protection) Agreement on Price Assurance and farm Services Act 2020 and the Essential Commodities (Amendment) Act, 2020. Farmer leaders and the Centre have held several rounds of talks but the impasse remains.