Several students of the Jawaharlal Nehru University (JNU) on Monday evening tried to forcibly enter the residence of Vice Chancellor Mamidala Jagadesh Kumar, in protest over admission policy, resulting in a scuffle. 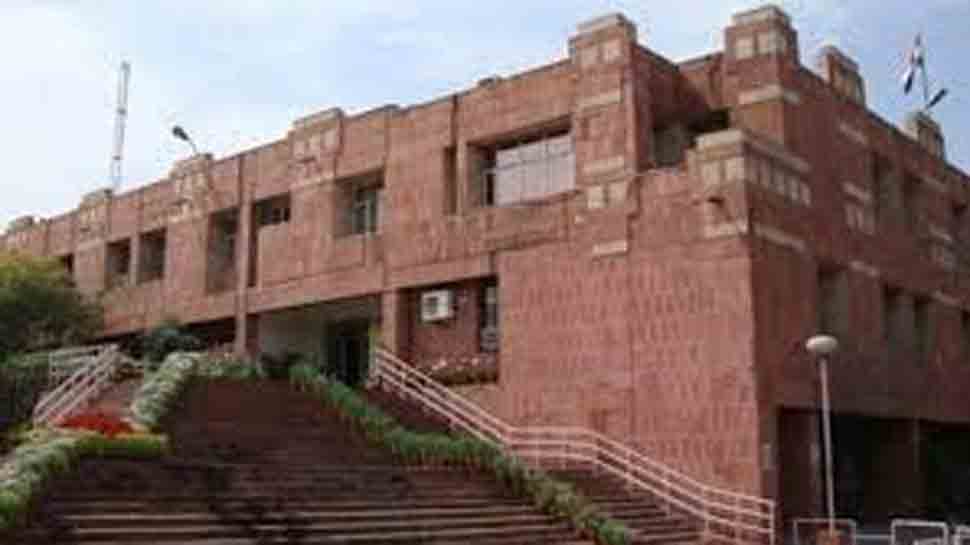 Several students of the Jawaharlal Nehru University (JNU) on Monday evening tried to forcibly enter the residence of Vice Chancellor Mamidala Jagadesh Kumar, in protest over admission policy, resulting in a scuffle.

A march was to take place to the residence of VC Kumar and the students had reached his residence at 7 pm but he was not present. They wanted to enter his residence but were stopped by the security guards and a scuffle ensued. The DCP too was present at the site.

At that time only the wife of the VC was at home as VC Kumar had gone for a meeting. She has been hospitalised for mental trauma.

After some time the students dispersed to their hostels. No police complaint has been filed. The situation has been brought under control now.

The Delhi Police said, "There was a call for march till the JNU VC's house today. Students reached his house and tried to enter. They were stopped by the security staff. So far most of the students have gone back to their hostel. Few of them are still there. The situation is under control."

VC Kumar took to Twitter and spoke about the situation.

He tweeted, "Few hundred students have broken into my residence at JNU and have confined my wife inside the house. She is alone at home and terrified. Very unfortunate. This evening few hundred students forcibly broke into my JNU residence and confined my wife inside the home for several hours while I was away in a meeting. Is it the way to protest? Terrorising a lonely lady at home?"

The students had been on a hunger strike for a week to protest against the varsity's decision to hold online entrance exams and several other issues. Demanding the vice-chancellor to take cognisance of the issues being raised by them started their indefinite hunger strike on March 19.

The decision to impose online examination to all courses, including MPhil and PhD, disregarding the opinions of the teachers and students who pointed to the problems of accessibility and pedagogical limits in having such an admission process is one of the issues the students' union wants a discussion on.

The other issues include the decision to delink the integrated MPhil-PhD program without any deliberation or discussion in the academic council meeting and the decision to do away with BA second year admission.

The JNUSU had also demanded that VC Kumar be removed.