The Delhi government has also ordered for a magisterial probe into the Karol Bagh fire incident, said Minister Satyendra Jain. 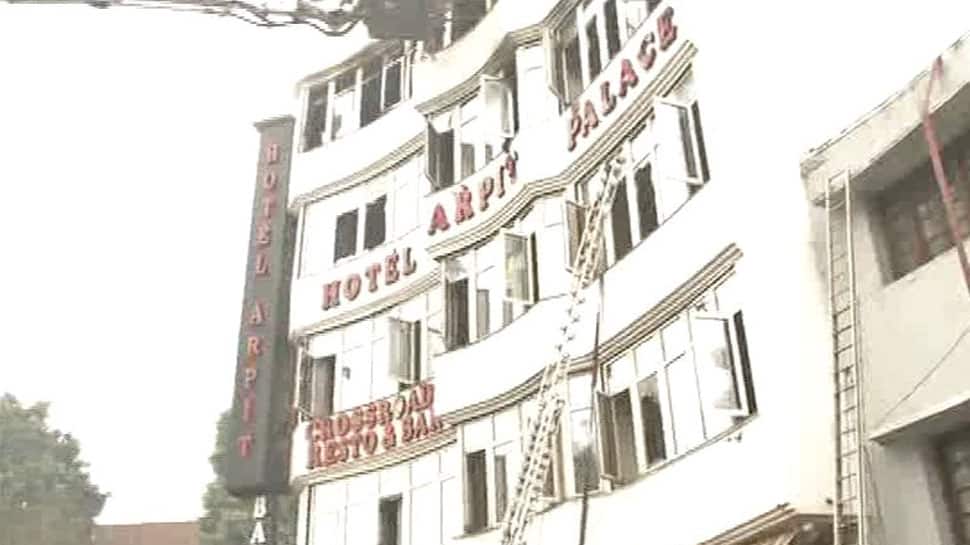 New Delhi: Delhi Chief Minister Arvind Kejriwal on Tuesday announced a compensation of Rs 5 lakh each to the kin of the deceased who lost their lives in the Karol Bagh hotel fire.

Saddened by the deaths of at least 17 people in the blaze, Delhi Deputy Chief Minister Manish Sisodia cancelled the celebrations, scheduled for today evening, for completion of four years of the AAP government.

The Delhi government has also ordered for a magisterial probe into the Karol Bagh fire incident, said Minister Satyendra Jain.

"Most of the people died due to suffocation. Strict action will be taken against those found guilty of negligence. District Magistrate has ordered inquiry," Jain said.

At least 17 people died after a fire broke out in Hotel Arpit Palace in Karol Bagh. The blaze broke out in the wee hours on Tuesday.

As many as 30 fire tenders were pressed to carry out the rescue operation. According to the fire department, seven men, a woman and child died in the blaze.