Light rain in parts of Delhi-NCR, but no relief from air pollution

Despite rain, the air quality remained in the 'very poor' category. 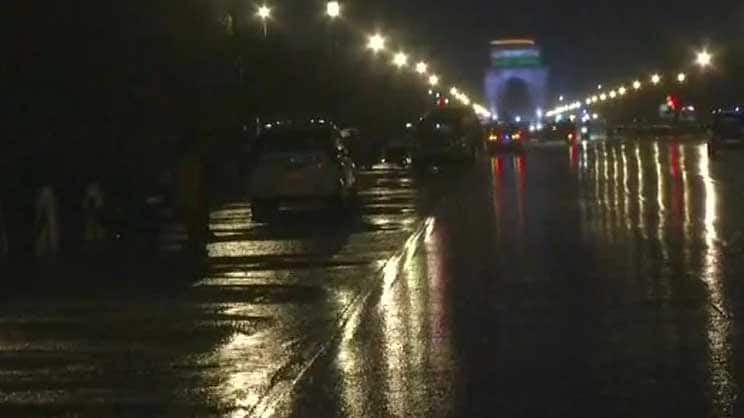 New Delhi: The national capital region on Sunday witnessed light rains, with the weather office predicting a drop in the maximum temperature by up to five degrees Celsius, while the air quality remained in the 'very poor' category.

The minimum temperature was recorded at 8.6 degrees Celsius, a notch above the season's average.

Delhi: Drizzling in parts of the national capital; #visuals from near Press Club of India and Rajpath pic.twitter.com/ZVsGbTXfNf

According to the India Meteorological Department (IMD), the maximum temperature on Sunday is likely to hover around 16 degrees Celsius against Saturday's maximum, which settled at 21.2 degrees Celsius, two notches above the average.

"The sky will remain generally cloudy with light rain or drizzle," an IMD official said.

The overall air quality of the city was recorded in the 'very poor' category with Air Quality Index (AQI) recorded at 377, according to System of Air Quality and Weather Forecasting And Research (SAFAR).

On Saturday, the minimum temperature was recorded at 5.4 degrees Celsius, two notches below average.