Rail and air services were once again affected due to low visibility after fog engulfed the national capital on Saturday morning. 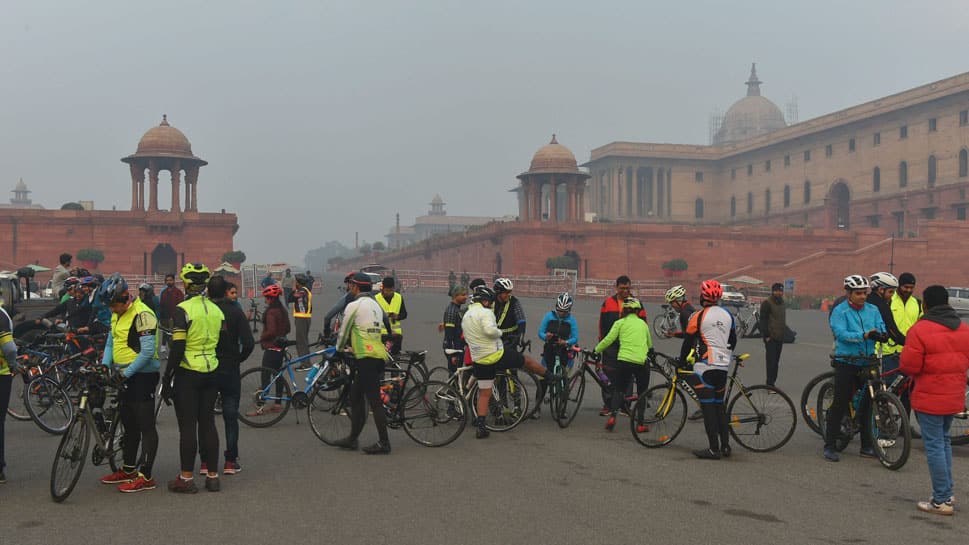 NEW DELHI: Rail and air services were once again affected due to low visibility after fog engulfed the national capital on Saturday morning.

Ten trains were running late due to foggy weather conditions. Several flights were delayed or diverted at Delhi airport affecting the arrivals and departures.

On Friday, both train and flight operations were hit. Operations of atleast 450 flights at the Indira Gandhi International Airport were hit between 5.30am and 1pm.

"Around 97 per cent of these 450 flights were either departing or arriving beyond their scheduled time due to dense fog that remained till around 10.20am. Rest were either diverted or cancelled," an airport official said.

The minimum temperature in Delhi on Friday was recorded at 4.8 degrees Celsius, two notches below the season`s average, while the humidity level was 100 per cent.

The city will witness shallow to dense fog throughout the day, the Met said.

The air quality in Delhi and adjoining areas turned `severe` as the amount of moisture in the air prevented dispersal of particulate matters PM2.5 and PM10.

The overall Air Quality Index (AQI) of Delhi was recorded at 411, according to Central Pollution Control Board (CPCB).

In 10 most polluted areas of Delhi, 93 per cent residents don't know what AQI means