A stretch of road between Dhaula Kuan and Gurugram caved-in on Wednesday morning, leading to massive traffic snarls in the area. 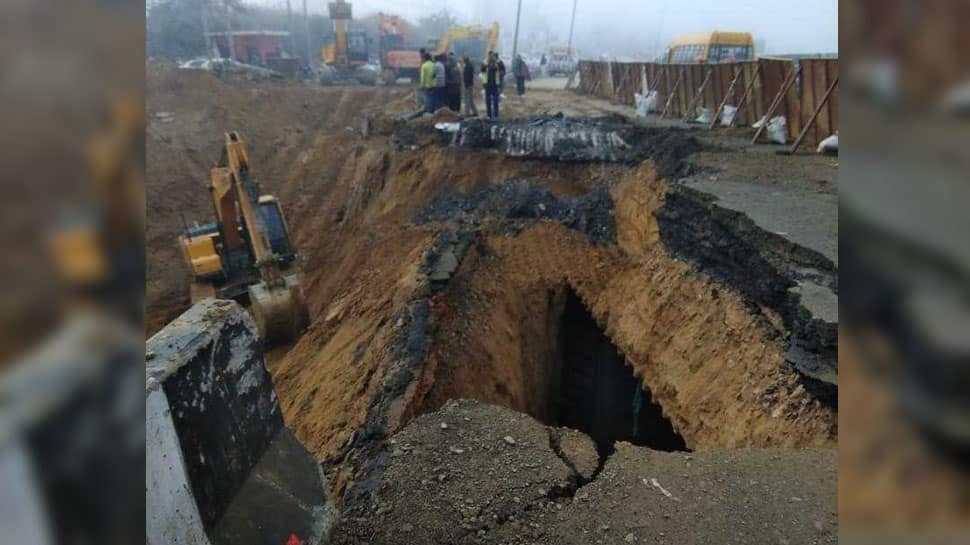 NEW DELHI: A stretch of road between Dhaula Kuan and Gurugram caved-in on Wednesday morning, leading to massive traffic snarls in the area.

Traffic is heavy on NH 48 due to Road cave in near Mahipalpur. Motorists are advised to take Mehrauli-Gurugram Road instead of NH 48. pic.twitter.com/RasBny31ta

The city witnessed cold and cloudy conditions on Wednesday morning with minimum temperatures hovering around 8 degrees Celsius, the Met said.

At least 25 Delhi-bound trains were delayed due to dense fog in several parts of northern India. "The sky will remain partly cloudy throughout the day with chances of light rain or thundershowers," an India Meteorological Department (IMD) official said. A fog cover delayed 25 trains heading here by two to six hours.