Rohit Shekhar was found dead on April 16 under mysterious circumstances 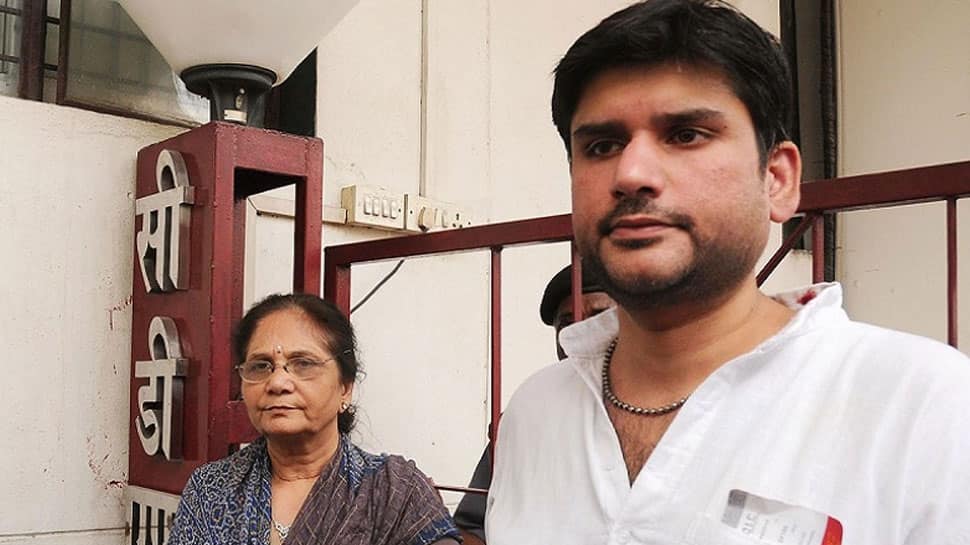 NEW DELHI: In a new twist to the Rohit Shekhar murder case, the deceased's mother Ujjawala Sharma on Sunday accused his wife and her family of trying to usurp their property.

News agency ANI quoted Ujjawala Sharma as saying that Rohit's wife Apoorva and her family was trying to usurp the property of her two sons.

Besides Rohit, Sidhhartha is the younger son of Ujjawala Sharma.

"Apoorva and her family wanted to usurp the property of my sons - Rohit and Siddharth - because the property was close to the Supreme Court where Apoorva does practice," she said.

"Apoorva`s family is greedy of money, you will get to know. She was having relations with someone else prior to her marriage," Ujjawala alleged.

The old lady also accused Apoorva`s family of being money-minded and of involveent in her sons death.

"It is not right to suspect my relative Rajeev and his wife. Apoorva has some problem with Rajeev`s wife. Apoorva`s family is money-minded. I will reveal this at the right time," she said.

She further claimed that Siddhartha wanted to give a share of his property to Rajeev`s (OSD of late governor ND Tiwari) son, Karthik, which made Apoorva unhappy."

“Apoorva`s father is lying. Siddharth wanted to give his property share to Rajeev`s son Kartik. This made Apoorva unhappy. Rajeev and his wife are serving us and ND Tiwari for forty years," she said.

The remarks from the Sharma come at a time when the Delhi Police is trying to crack the Rohit Shekhar murder case and arrest the culprits.

Rohit Shekhar was found dead on April 16 under mysterious circumstances.

Apoorva was questioned by the Crime Branch of the Delhi Police on April 20 in connection with the case.

She was questioned at Rohit`s residence in Defence Colony in South Delhi.

"There was tension between Rohit and his wife since the first day of marriage. It was a love marriage. Currently, Delhi Crime Branch is questioning the wife of Rohit Shekhar Tiwari," Rohit`s mother had told reporters then.

Delhi Police had on Friday registered a murder case in connection with the death of Rohit, who was the son of late Uttar Pradesh and Uttarakhand Chief Minister ND Tiwari.

The case was registered under Section 302 of the Indian Penal Code (IPC).

Rohit was declared brought dead to the Max Hospital in Saket on April 16.

AAP says no to alliance in Delhi after Congress refuses tie-up in Haryana: Sisodia