The plea was junked by a bench headed by Chief Justice Ranjan Gogoi. 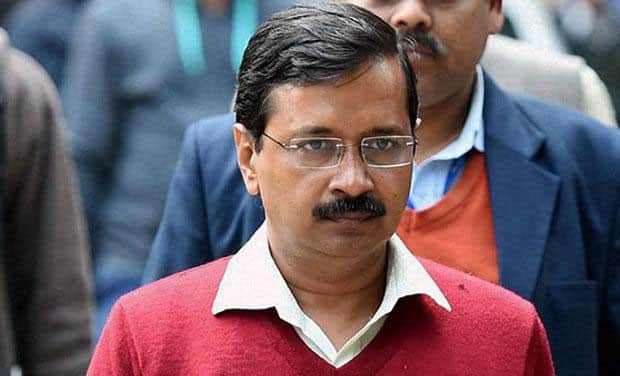 NEW DELHI: In a partial breather to AAP chief Arvind Kejriwal, the Supreme Court on Monday refused to entertain a plea seeking its direction to declare as "unconstitutional" and "illegal" the sit-in by the Delhi Chief Minister and his cabinet colleagues inside the Lieutenant Governor's office here last year.

Kejriwal and his ministers had staged the sit-in at Lieutenant Governor (LG) Anil Baijal's office from June 11 evening to June 19 to press for their demands, including a direction to IAS officers to end their "strike" and action against those who have struck work.

The plea was junked by a bench headed by Chief Justice Ranjan Gogoi.

The plea was filed by petitioner Hari Nath Ram through lawyer Shashank Sudhi against the Delhi High Court's order declining urgent hearing on the plea challenging the sit-in by Kejriwal and his cabinet colleagues.

The plea had also sought a direction to the chief minister and the AAP government to discharge responsibilities.

"The chief minister of Delhi goes on hunger strike and you (petitioner) want Supreme Court to stop all this? Dismissed," the bench said in its order.

On June 19 last year, the apex court had declined urgent hearing on the plea and had said that it would hear the petition later as the sit-in had been called off.

The plea had alleged that a constitutional crisis had been created due to "the unconstitutional and illegal" protest by the chief minister inside the LG's office.

It had also sought to declare the hunger strike as "unconstitutional and illegal".

Ram, in his plea, had said taxpayer's money was being wasted for the unconstitutional bargain by the chief minister from the LG and Kejriwal was flouting the fundamental law of the country despite having taken an oath under the Constitution.

JNU sedition case: All the accused and charges against them