Patients alleged that they were facing a harrowing time due to the paucity of doctors even as senior faculty members and para-medical staff tried to keep services running at the emergency department. 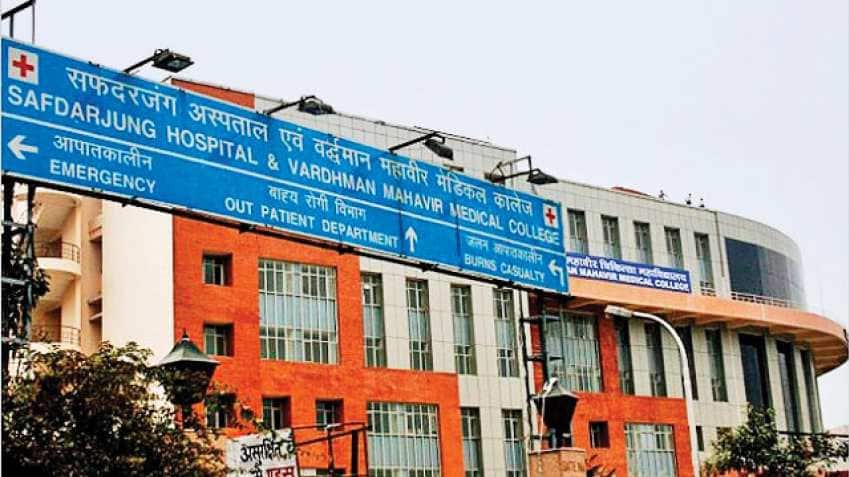 New Delhi: Emergency services at the Safdarjung hospital remained affected on Monday as resident doctors stayed away from work for the second consecutive day demanding security be increased on the medical institution's premises after one of their colleagues was allegedly manhandled.

The strike was called after a Delhi Police head constable's son, who had come for treatment at the Centre-run hospital on Sunday, allegedly punched a doctor.

Patients alleged that they were facing a harrowing time due to the paucity of doctors even as senior faculty members and para-medical staff tried to keep services running at the emergency department.

On Monday, an 18-year-year accident victim, who was admitted to the hospital's emergency section on Saturday, succumbed to injuries with his family alleging that he had not received proper treatment because of the strike. He was referred to Safdarjung from a hospital in Gurgaon.

"My brother was referred to this hospital on Saturday and on Sunday the resident doctor went on strike after which patients were not being attended to properly. We also requested that our brother be referred to another hospital but nothing was done and he died today morning," the elder brother of the deceased said.

In another instance, a family alleged that a 20-year-old woman died after not getting treatment on time.

However, a member of the Resident Doctors Association (RDA) refrained from commenting whether their was any connection between the deaths and the strike.

"The deaths are unfortunate. Senior doctors are attending the patients at the emergency ward. The incidents of doctors being assaulted at work have become quite frequent and there is a need to beef up security and also deploy marshals at the hospital premises for their safety," the association's Safdarjung hospital president Dr Prakash Thakur said.

On Sunday, around 1,600 doctors went on strike over the alleged manhandling of their colleague.

Police had said Head Constable Virender's son Akshay Kumar (24) went to the Safdarjung hospital with his friend Rajesh on Sunday morning. Akshay had complained of abdominal pain, they said.
Virendra is posted as a head constable at the Safdarjung Enclave police station, police said

According to a senior police officer, an argument broke out between Akshay and the doctor on-duty after the head constable's son alleged that he was not being given priority and there was subsequent delay in treatment.

Enraged, Akshay punched the doctor, who suffered injuries to his nose. The accused fled from the hospital after the incident, he said.

Apparently, Akshay's father had also called up the duty constable at the hospital, Vinod, informing him that his son would be coming there for treatment.

A member of RDA had claimed that the doctor on emergency duty had tried to relieve the patient of his pain, but the pain did not subside.

"While the resident doctor on duty was filling up a form so that the patient could undergo an ultrasound, the latter started hurling abuses," a senior doctor said.

The doctor on duty fell unconscious after he was attacked and suffered a broken nose, he said.

An FIR was lodged in the matter and the role of duty constable Vinod in instigating the Akshay) is also being probed.

The head constable and constable on duty were sent to District Lines on Sunday by the police department.