Police said they were informed about the accident at around 2.30 am. 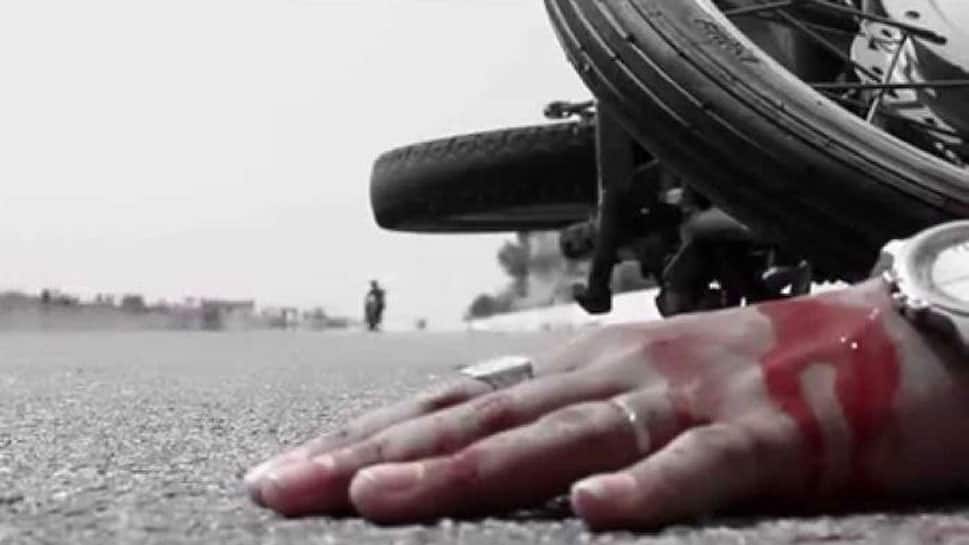 New Delhi: Two persons were injured after the motorcycle they were riding was hit by a speeding car in west Delhi's Punjabi Bagh area, police said on Sunday.

The injured have been identified as Ravinder and Rohit, they said.

The incident took place on the intervening night of Friday and Saturday, when the duo was returning from Murthal, the police said.

Police said they were informed about the accident at around 2.30 am.

Both the victims were rushed to ESI Hospital in Basai Dara Pur. They sustained multiple fractures and head injuries and were discharged after treatment, she said.

The injured told police that they work in a McDonald's outlet in Gurgaon and were returning from Murthal when their motorcycle was hit by a car from behind in Punjabi Bagh, the DCP said.

The car driver fled from the spot, Bhardwaj said.

During investigation, police found the number plate of the car which hit Ravinder and Rohit had fallen on the road, she said.

The vehicle was found registered in the name of Manjit Singh, a resident of Ambika Vihar area. On enquiry, it was found that Singh's son, Gagandeep (28), was driving the vehicle at the time of the incident, she added.

Subsequently, the accused was arrested and further investigation is underway, the DCP said.