On Saturday, PM Modi had targeted Congress president Rahul Gandhi on the Rafale issue in a rally. 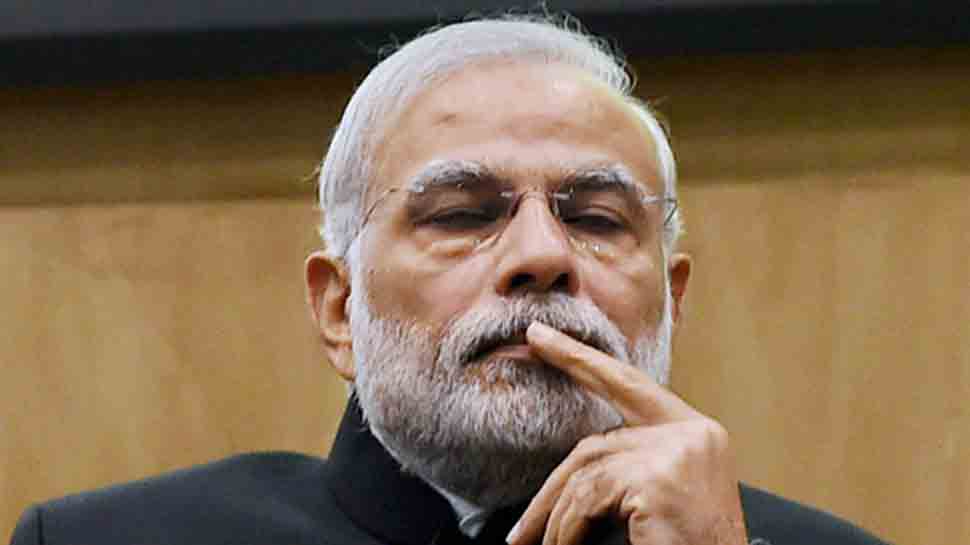 New Delhi: Delhi University professors got into a war of words over Prime Minister Narendra Modi's remarks about late Rajiv Gandhi, with one section condemning the comments and another supporting him.

As many as 207 DU teachers issued a statement on Monday night against Modi for making "derogatory and untrue" remarks about former prime minister Rajiv Gandhi. It was followed a statement by 121 teachers on Tuesday in favour of Modi and accusing Gandhi of "corruption".

The statements from the two sections came after Modi had targeted Congress president Rahul Gandhi on the Rafale issue in a rally on Saturday, where he said: "Your father was termed 'Mr Clean' by his courtiers, but his life ended as corrupt number 1."

"Narendra Modi has lowered the dignity of the office of the prime minister by making derogatory and untrue remarks about the late Rajivji, who made the supreme sacrifice in the service of the nation," the signed statement read.

No prime minister has ever "stooped" to this level through such actions as has Modi. The nation acknowledges the achievements of the former prime minister, they said.

The statement had references to the role of the Bofors gun in the 1999 Kargil conflict and the telecom revolution.

"When India beat back the invaders from Kargil, our soldiers shouted slogans praising Rajiv Gandhi for the Bofors gun even though Rajivji had been martyred a decade ago," the statement read.

According to the statement, if train travel is so much more convenient today, it is because of Rajiv Gandhi's acumen in computerising rail reservation.

"History records the deeds of the good and the noble, but rarely does it pay attention to the carping of lesser individuals," it added.

A media report claimed that two teachers did not sign the letter, but they did not respond to messages and calls.

Another section of the teachers fully supported Modi "for bringing into public attention the regime of corruption in big defence deals started during Rajiv Gandhi's tenure".

"(The) Bofors deal became a symbol of official corruption; it initiated a trend which had consistently been followed by Congress-led governments. Scandals like 2G, Coalgate, CWG, and now Scorpene Submarine scandal directly involving Rahul Gandhi are all the natural corollaries of Bofors tradition," the statement read.

They accused Rajiv Gandhi of beginning his term as prime minister "by justifying wanton murder of thousands of Sikhs in 1984 -- an officially sponsored pogrom".

"His company was responsible for the death of thousands of poor Bhopal residents -- most died instantaneously and thousands later owing cancer and other diseases caused by poisonous gas leaks. PM Modi has rightly pointed the darker side of Rajiv Gandhi. He can't escape historical critique," they said.

The statement by some DU teachers wants everyone not to point out any finger at Rajiv Gandhi, whereas they refer to the Modi in the most foul language on a daily basis, it read

"The fact that Sh. Rajiv Gandhi was awarded a Bharat Ratna- Jawaharlal Nehru and all his PM progenies had been so awarded- cannot prevent future analysts to critique his contribution to organised corruption and Congress supported genocide of Sikhs in 1984," the statement added.

Meanwhile, 700 teachers, researchers and academicians of Delhi University and other Delhi-based universities -- JNU, Jamia Millia Islamia, etcetera -- appealed to the public to vote to elect a "progressive, result-oriented, corruption-free, nationalistic NDA government under the dynamic leadership of Narendra Modi".

"During the last five years of Modi government, India has been put on the upward trajectory on all parameters of development and growth. India's voice is heard with attention and its opinion respected by the world," they said in the appeal.