Being the largest telescope in the world, FAST is powerful enough and has been made keeping its mission to explore extraterrestrial life in mind. 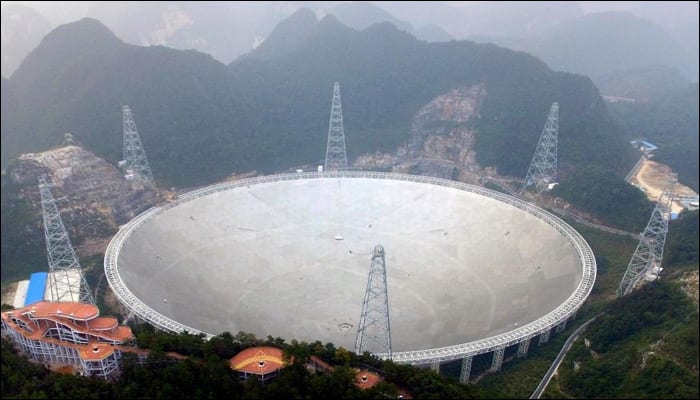 Now, China is all geared up to finally put it to good use – to hunt for extraterrestrial life. Russian billionaire Yuri Milner has partnered with the National Astronomical Observatories of China (NAOC) in a Breakthrough Listen initiative worth $100 million, which will require FAST to listen to small frequencies coming from alien life.

Being the largest telescope in the world, FAST is powerful enough and has been made keeping its mission to explore extraterrestrial life in mind.

According to The TeCake, the telescope is so powerful that it can capture even weakest of the signal which no other present day telescope has potential to capture. As per the NOAC, FAST is at least ten times more powerful than any other telescope in world.

FAST is nicknamed as Tianyan which means Heavenly Eye. The telescope with a 500-meter wide dish is located in Pingtang Country, Guizhou Province, southwest China.

Construction of FAST started in 2011 and it took nearly five years to complete the telescope. At present, it is under testing phase to check any minor defect and tune the telescope.